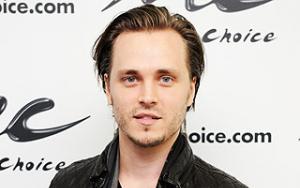 Jonathan Jackson earned fame at the age of 11 years. He was born on 11th May 1982 in Florida. His father’s name is Dr. Rick Jackson who is a family physician and a country musician. His mother’s name is Jeanine and she is a business woman. He has 2 siblings: his brother is Richard Lee Jackson who is an actor and a musician; his sister is working as a lawyer and is an author, her name is Candice Jackson. His interest towards acting arose after a trip to Universal Studios in Holly wood in the year of 1991. He and his brother decided to pursue acting at the same time. They took acting classes in Oregon. They moved part-time to Burbank in the year 1993 with their mother.

He did various commercials for 6 months. After that he got the role of Lucky Spencer in the Daily soap opera named as “General Hospital”. This role got him a great name. He won various awards for the same. He played the role from 1993 to 1999. He also completed his studies along with acting. He was seen in a feature film named as “Camp Nowhere” in the year of 1994. He played the role of Morris “Mud” Himmel in the film. He starred in another films during the same time. They were named as “The Legend of Ruby Silver” and “Prisoner of Zenda Inc.”. These movies were made-for-television films. He has appeared in other TV shows also including a guest appearance in “Boy Meets World”. He shot “The Deep End of the Ocean” in the year of 1999. He was seen in an independent film named as “True Rights” in the year 2000. In the same year, he was seen in another movie named as “Trapped in a Purple Haze”. After that he has written and directed a short film for his brother. In 2002, he shot 2 shows simultaneously namely Tuck Everlasting and Insomnia. His role in Tuck Everlasting was highly appreciated. He filmed “Riding the Bullet” and “Dirty Dancing: Havana Nights” in the year of 2004. In the years 2008 and 2009, he appeared as Kyle Reese which was a repeated role in the show named as “Terminator: The Sarah Connor Chronicles”. In 2009, there was an announcement that he will join “General Hospital” to revive his role. However, he decided to leave the show in 2011. He played the role of Avery Barkley in the show named as “Nashville” in the year of 2012. He plays guitar and sings in the show.

He got married to Lisa Vultaggio in 2002. He was just 20 years old at that time. His wife is an actress and she appeared in General Hospital along with him. His net worth is around $3 million. His biography is available on all the major websites. They have 3 kids. Currently they are living in Battle Ground in Washington. He is very religious and follows it with all his heart. He plays guitar and piano also. He released his poetry book titled as “Book of Solace and Madness” in the year of 2012.

FAQ: How old is Jonathan Jackson?

FAQ: What is Jonathan Jackson networth in 2020?