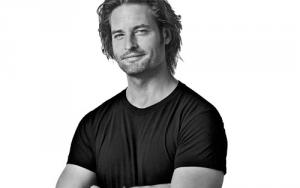 Josh Holloway is an actor who is known as James Sawyer Ford of Lost. For those who watch CBS’ Intelligence, he is Gabriel Vaughn. He proposed his longtime girlfriend, Yessica Kumala on the sets of Lost. Both of them got married in 2004 and she has two children with her husband. He knew her long before he became famous and thought of dumping her, when he became a known figure. He said that is marriage life is going smoothly, but, he aches for the bachelor life. He said that he wanted to live a life filled with love affairs and not just, one woman. When he gave this interview, he was married for two years. He said that being married takes away all the freedom and perks of being a star. He quoted that it would be like going to a strip club with one’s mother. There were no comments from his wife and the sources near him did not confirm any argument before or after the interview.

Right from that interview, Josh is surrounded by a lot of divorce rumors. Each rumor had its own background stories, including infidelity, bored, found another girl and many others. He once said that he wrote a goodbye letter to her when things got serious in the relationship. He did not want to get committed into anything, very soon. He even gave the letter to her. Yessica did not freak out seeing the letter and she instead wrote another letter to him and he fell for it. He said that whenever he does something to keep her away from him, she would somehow get back to him and rekindle his feelings for her. Yessica never talked about how she handled her boyfriend and how her life is with Josh, now.

With such a background, the rumors were easily born. He never bothered to address the rumors, neither did Yessica. When they announced the birth of their daughter in 2009, the rumors went down for a few days and again rose stating that he freaked out about becoming a father and is planning to end the relationship with her. However, the couple went on with their relationship with no concrete proof that they are planning to get separated. Till date, there were no known huge fight or separation which might have led to a legal separation. He mentioned that it is not that he did not love her, it was just his feeling about being married. He never once stated that he cheated on her, though he dreamed about having a lot of relationships. None of the infidelity rumors were proved and thus, he can be assumed to be a loyal partner.

Though a lot about Yessica is not known, it can be concluded that she is in a stable relationship with Josh. Josh’s previous dating history is not known to the media. He was never seen with any other woman who can be assumed to be his secret lover and at the same time, the sources near to him, have confirmed that there are no arguments or other problems between them and they are having a smooth life.

FAQ: How old is Josh Holloway?

FAQ: What is Josh Holloway networth in 2020?