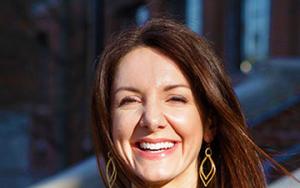 Who is Kat Cole?

Kat Cole is known as an American businesswoman. She is most famous for being the President and Chief Operations Officer of Cinnabon.

Katrina Cole was born on March 18, 1978, at Jacksonville, Florida. She was born as the eldest of three sisters and was raised in Orange Park, Florida. Kat Cole’s mother divorced her father when Kat was just fifteen years old. Her mother had troubled times in raising the three sisters with only a petty wage. Kat began working to help her mother pay some of the bills. Watching her mother get by on such a tight budget also gave Cole a unique perspective on the minimum wage debate that she says has put so many fast food executives in a tricky spot. Kat Cole worked at the Body Shop before starting her career as a hostess at Hooters.

During Kat’s first year at Hooters, she performed every job role from being the manager to being a cook at the restaurant. Kat’s exceptional work was rewarded when she was sent to Australia to train and motivate the newcomers for the opening of the first Hooters in Australia. Kat was then often sent to manage and train at Hooters’ overseas restaurants.

Kat Cole became the Vice President of Training and Development at Hooters at the age of 26. During her time with Hooters, she saw the growth of Hooters from about 100 locations to about 500 locations spread over 33 countries and saw the Hooters chain leapfrog in revenue from $300 million to $1 billion.

Kat Cole was hired by Cinnabon in November 2010 and was named President in the following year. Kat’s tenure over the first three years saw Cinnabon add 200 bakeries to its chain and enter partnerships with stores like Taco Bell and Burger King. Kat Cole helped Cinnabon reach a global stature and spread across 56 countries. Cinnabon’s 2013 sales were estimated at about $1 billion dollars.

In 2012, Kat Cole appeared on the television show Undercover Boss as the youngest Chief Executive Officer at the age of 34. Cole is now Group President of FOCUS Brands, a company with billions in globally branded products and franchise sales. Their portfolio brands include Cinnabon, Auntie Anne’s, Moe’s Southwest Grill and Schlotzsky's.

FAQ: How old is Kat Cole?

Quick Facts
Help us Edit this article and get a chance to win a $50 Amazon Gift card.
Last Modified: Aug 18 2020
You may also like
articles you may like