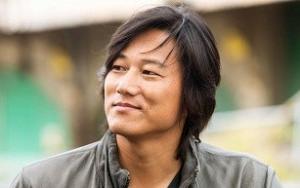 Born on the 8th of April in the year 1972, in the Gainesville town of Georgia, USA, Sung Kang’s native Korean name is Kang Sung-Ho. Kang’s parents were migrants from South Korea and settled in Georgia. The 43 year old actor has been active in the acting industry for more than a decade now. He has worked in American cinema since the year 1999. His work has been appreciated and recognized since he first started acting for the film Better Luck Tomorrow. The name of his character in the film was Han Seoul-Oh, a lonely gangster which he portrayed with much skill hence setting foot in to Hollywood.

Later he was roped in by the makers of The Fast and The Furious and he continues to appear in every part of the series till date. With a large variety of character portrayals both on television and in films Sung has carved a special niche for him in the acting industry. His passion for acting was his very childhood’s dream and to make it true he has done every bit of hard work he could. He has played the role of Sam Kim in the Hollywood Flick ‘The Motel’ and the role of an FBI agent in Jet Li’s movie War. He has portrayed different shades and characters of different times. For the period movie Forbidden Warrior Sung played the role of the son of Genghis Khan. He is often roped in action movies for his strong built and more than average height of six feet. His other action movies include Live Free or Die hard in the year 2007, Bullet to the head in the year 2013 and Ninja Assassin in the year 2009. In the film Bullet to head he was in the role of a detective Taylor Kwon, the film starred Sylvester Stallone in the lead role. Sung had four releases in the year 2015 with small roles, the names of these movies were Ana Maria in Novela Land, Furious 7, Hollywood Adventures and Pali Road. His upcoming movies include The Free World which is to be released in 2016.

Sung’s biography reveals his consistent career graph and he continues to be in the job with all dedication. Earlier he owned a restaurant in Brentwood, LA. The restaurant named Saketini was later shut down in the year 2013. Kang’s personal life which is open for public offers very little. He is married and the name of his wife is Miki Yim.

FAQ: How old is Sung Kang?