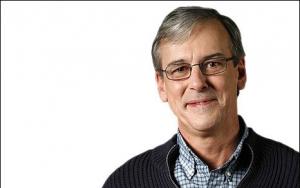 Keith was born on 20 May 1944 under the zodiac sign of Taurus. He was born in Worcester in England. It is known that his childhood was spend in England and he completed his education from there itself. Keith also started play at a very young age for his village. When Keith was 13 year old, he got an offer to play for a Club and at that point of time he decided to move to Hertfordshire for the sake of his career as he wanted to be a professional cricketer. Apart from this, there is not much of information available about his parents or education.

Keith’s career began at Essex in 1961 and the first international match that he played was against Australia. The match was played in 1968. Keith worked hard and practiced a lot to excel in the case but he did receive some resistance from the public in starting of his career but because of his dedication and passion towards the game, he was able to win their hearts and create a space for himself in the team. It was reported that in 1974, Keith was honoured with Wisden Cricketer of the Year.

He was also dropped from the team for a couple of years. Later when he started playing for the team, he was also made the captain of the team but it is said that his performance had not been very impressive. It is also known that Keith had been the captain of Essex for 12 years. He contributed a lot for the team and his team always appreciated his efforts. Essex was known for losing matches but Keith turned the table around and led team to a winning career.

For a brief period of 3 years, Keith was also the team Manager but it is known that the team performed very poorly during those matches. The team was able to win only 5 matches out of 26 test matches it played. In 2001, it came to light that Keith has started working as a coach for Essex and later he took retirement from all sort of work. Talking about the statistics, Keith’s batting average had been a little more than 39 in both ODI as well as Test Matches. In test match, his highest batting score had been 216 and in ODI his highest had been 131.

It is known that Keith got married at the beginning of his career and the name of his wife is Sue Fletcher. The couple parented two daughter. Keith named his daughters as Sara Fletcher and Tara Fletcher. It was quite obvious that Keith loved his family a lot and he always ensure that he is able to spend time with his family. There is no information about how much did this former cricketer earned during the last days of his career and it is hard to estimate his net worth as he never made it public. It can be surely said that he has a really high net worth because of his success. Keith’s complete biography can be read at Wikipedia and other online resources.

FAQ: How old is Keith Fletcher?

FAQ: What is Keith Fletcher networth in 2020?