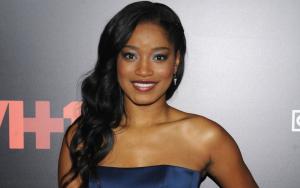 Lauren Keyana "Keke" Palmer is an American actress, singer, and television personality. She has garnered numerous awards over her career, including a Primetime Emmy Award, six NAACP Image Awards, and nominations for a Daytime Emmy Award and a Screen Actors Guild Award for her work in comedy-drama projects. She is a famous culture icon named to Time magazine's list of the world's most influential people in 2019.

Palmer made her acting debut in Barbershop 2: Back in Business, in which she played a brief part. She starred in the drama film Akeelah and the Bee after appearing in the television series The Wool Cap. She established herself as a notable child actress with performances in Madea's Family Reunion, Jump In!, The Longshots, and Shrink. So Uncool, her debut studio album, was released in 2007.

Lauren Keyana Palmer was born in Harvey, Illinois, on August 26, 1993. She was raised in a Catholic family.

Sharon and Lawrence "Larry" Palmer, who met in theater school, were professional actors before settling into full-time professions. Her father is a deacon and works for a polyurethane company, while her mother is a high school teacher who deals with autistic children. Palmer began singing in churches but gained notoriety after appearing in a theatrical play at a Chicago tourist attraction. Palmer auditioned for a theater version of The Lion King when he was nine years old in 2002.

For Television, she's been in the Episode: "Bully and the Beast" of "Tyler Perry's House of Payne" and in the Episode: "Fame Game of Just Jordan." In 2008 we saw her in "The Longshots," playing the role of Jasmine Plummer, and in "Unstable Fables: Tortoise vs. Hare," where she plays the role of Crystal Tortoise. She will be in the same year even in the cast of the TV show "True Jackson, VP" in which she played the lead role of True Jackson for four seasons, till 2011. In 2009 she was in "Shrink," playing the role of Jemma, while in 2010, she borrowed her voice to Candice in the episode "Harder, Better, Faster, Browner" of "The Cleveland Show." In 2011 she was in Television in the Episode: "Boom Boom Pow: Parts 1 & 2" of "Degrassi: The Next Generation," and, from 2011 to 2014, she gave her voice to Aisha in the cartoon "Winx Club."

FAQ: How old is Keke Palmer?

Quick Facts
Help us Edit this article and get a chance to win a $50 Amazon Gift card.
Last Modified: Oct 25 2021
You may also like
articles you may like