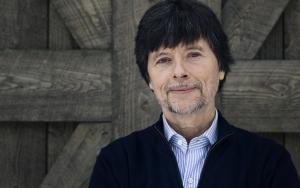 Ken Burns is an American filmmaker known for his documentary series that incorporate the use of archived footage and photographs. Ken Burns widely known series include Baseball, Jazz, The Civil War, The National Parks: America’s Best Idea, Prohibition, The Roosevelt’s, The War, and The Vietnam War. Kenneth Lauren Burns was born on July 29, 1953, in Brooklyn, New York; he is the son of a bio-technician and a college professor. Ken Burns’s mother died of breast cancer when he was just eleven years old and he credits the incident for shaping his career; believing that much of his work was an attempt to make people long gone come alive. Ken Burns graduated from Pioneer High School in Ann Arbor, Michigan.

He attended Hampshire College and earned his Bachelor of Arts degree in film studies and design. He has been married twice, first to Amy Stechler, with whom he had two daughters, Sarah and Lily; and then to Julie Deborah Brown, with whom he also has two daughters, Olivia and Willa.  Ken Burns is the winner of two different Emmy Awards, in 1995, for Outstanding Informational Series: Baseball, and in 2010 for Outstanding Non-fiction Series: the National Parks: America’s Best Idea.

FAQ: How old is Ken Burns?