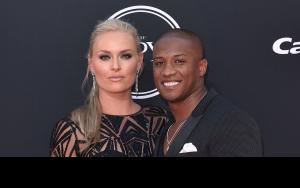 Kenan Smith is a former assistant professional football coach in the National Football League. He is famous for being the ex-boyfriend of popular alpine ski racer, Lindsey Vonn.

Kenan Smith was born on September 18, 1981 in San Jose, California. He had gone to Oak Grove High School in California and later enlisted at Sacramento State University for his college years. He played for the Sacramento Bulldogs football team as an all-conference wide receiver and was good enough to be named the squad’s captain

When he got graduated from college, he had a job as a marketing understudy for the sports department at the University of Michigan in 2004. That year, he even was named assistant to the marketing head supervisor.

Smith’s carrier highlight was when he worked as an assistant coach with the Los Angeles Rams under Jeff Fisher from 2014 to 2016. Before getting his big break with the NFL, he also coached at a few colleges, including Butler University, Anderson University, and Ball State University. He hopes to get back into the NFL to pursue his dreams of being a head coach.

Kenan Smith was dating Lindsey Vonn who is a successful and popular alpine ski racer on the US Ski Team. She has accomplished four World Cup titles and is one of just two female skiers to accomplish that feat. She has won three straight titles in 2008, 2009, and 2010. She also added another one in 2012.

The star skier opened up to the world about their relationship in a November 2016 Instagram post. She was madly in love and could not stop gushing to the world about her new man. From that point forward, she and the former L.A. Rams assistant coach were often seen out together in public, including at the Pirates of the Caribbean film debut and at the French Open in June. Sadly things did not end in a perfect fairy tale for the lovers.

The couple had dated each other for a year until their conflicting schedules broke them up in 2017. One of Lindsey’s close friends told People magazine that things didn’t work out for the couple, “Unfortunately, their busy schedules ultimately took a toll on the relationship. It was amicable and they are still friends. Lindsey is laser-focused on her training for the upcoming Olympics and is leaving the country for several months to start competing.”

FAQ: How old is Kenan Smith?