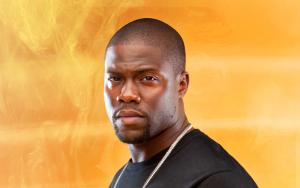 Kevin Hart is a comedian born in Pennsylvania, U.S.A. He was born in the year 1979 on 6th of July. He was famous for his stand up comedies in New England. He later got a break to debut in a comedy series that lasted only for a season. He came from a broken family. His father, Henry was put behind the bars many times due to his cocaine addiction. He received a lot of love from his mother. However, she died of cancer in 2006.

He is known for his role in many popular Hollywood movies like Little Fockers, Epic movie, Fool’s Gold, Along Came Polly, Death at a funeral, Think Like a Man, Meet Dave, Soul Plane and many more movies and TV series. His work has been noteworthy and he won a BET award for the best actor in the movie, Think Like a Man.

Kevin Hart has been married and divorced to Torrie Hart. They got divorced in 2011. They have two children together. Kevin is currently dating Eniko. Kevin still maintains a loving relation with his children. Eniko too has become friendly with his two kids. Kevin divorced his wife based on mutual differences. Kevin wanted to end the marriage, when Eniko entered his life. He comedy acts have influences of Billy Cosby, Chris Brown, and Eddie Murphy. Kevin made his divorce public and spoke openly about his wedlock and his girlfriend. He said he was happy that his beau is a smart woman, and loves her for getting along with his children.

He has done many TV series and is known for his role in Modern Family. He has been booked for drunken driving. He has, reconciled with his father, after a long time. Kevin Hart has two wonderful children: One daughter and one son. They are very pretty and innocent looking. Torrie Hart takes care of the children. They are, however, not deprived of fathers love or attention. Torrie and Kevin have tried their best to maintain cordial relations, post divorce.

Torrie says that it is in the best interest of the children that she wants to stay positive post their split. Kevin too is ready to put aside their personal differences and focus on the positive side of the relation. Torrie does not want any bitterness and has no negativity towards her ex husband. She says she wants to maintain a very balanced and mature relation with Kevin Hart.

It is, however, still not known, if Kevin’s children have accepted his beloved. Torrie is a strong woman and has proved to be a wonderful better half. Their relationship ended when Kevin confessed his love for Eniko. Their affair is still young. Hopefully, he is a good boyfriend. She is a young lass, and they have been dating since quite a while. Will he marry Eniko? That’s still doing its rounds of speculation.

Kevin Hart moved to New York and Massachusetts, and worked as a shoe salesman. He started as a stand-up comedian in one of the nightclubs. He gained popularity as a comedian over time. After getting his first break, there seems to be no looking back to this actor’s comedy career. His net worth is approximately, $ 15 million dollars.

FAQ: How old is Kevin Hart?