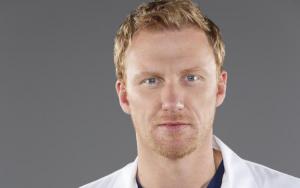 Who is Kevin McKidd?

Kevin McKidd is a Scottish-American television and film actor who is perhaps best known for his portrayal of surgeon Owen Hunt, in the television series Grey’s Anatomy.  Kevin McKidd was born on August 9, 1973, in Egin, Moray, Scotland; his mother was a secretary and his father was a plumber. McKidd attended secondary school at Elgin Academy and after briefly studying engineering at University of Edinburgh, eventually decided to enroll at Queen Margaret College in East Lothian, Scotland, to study drama. Kevin McKidd was one of the main actors in the HBO series Rome, portraying soldier and politician Lucius Vorenus. His role in Rome received critical acclaim and led to his being cast in the television series Grey’s Anatomy.

McKidd was awarded Best Performance in a Drama Series Multi-Episode Storyline at the 14th Prism Awards for his work on the show. Kevin McKidd married his first wife, Jane Parker, in 1999. The couple has two children, a daughter named Iona, and a son named Joseph; they were divorced in December of 2016. Kevin McKidd married his second wife, a private chef named Arielle Goldrath, in a Jewish ceremony. The couple welcomed their first child, a son named Aiden, in May of 2018.

FAQ: How old is Kevin McKidd?