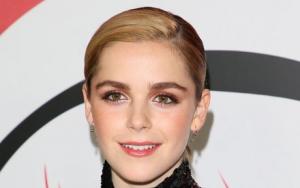 Who is Kiernan Shipka?

Kiernan Shipka is an American voice actress who was born on November 10, 1999, in Chicago, Illinois, in the United States. She was born to her mother Erin Ann and a real estate developer named John Young Shipka. She began taking dance lessons when she was five-years-old. When she was six, Shipka moved with her family to Los Angeles, California where she could pursue her acting career. She made her on-screen debut when she was just five-months-old on the television series "ER". Her big break came when she was cast in AMC's television series "Mad Men". Shipka's efforts in the series were rewarded when "Mad Men" won the Screen Actors Guild Award for Outstanding Performance by an Ensemble in a Drama Series in 2008 and 2009. Besides acting and dancing, Shipka enjoys Muay Thai boxing and takes lessons in the martial art.

Shipka was named on Time magazine's list of "The 25 Most Influential Teens of 2014" in 2014. More recently, Shipka appeared as B.D. Hyman in the FX television series "Feud: Bette and Joan". Her biggest role yet came in 2018 when she was cast as Sabrina Spellman in the Netflix series "Chilling Adventures of Sabrina". The series released on October 26, 2018, and was based on a comic of the same name.

FAQ: How old is Kiernan Shipka?

FAQ: What is Kiernan Shipka networth in 2020?