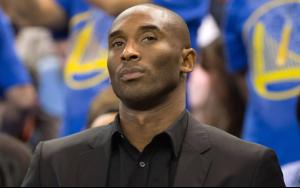 Kobe Bryant is one of the best basketball players to have ever played in the NBA. Born in Pennsylvania in 1978, he has 2 siblings. He was extremely passionate about basketball from a very early age, and started playing the game since he was only 3 years old. He also played soccer. His father, who was also a professional basketball player, retired in 1991, so his family moved from Italy back to the USA that year.

He was a brilliant player in his high school basketball team, and was one of the few players who got a chance to play as a freshman in the varsity team. He won several awards during his high school years due to his incredible performances which helped his team win several championships. He also became acquainted with Lamar Odom during this team, who later went to play in the same team as Bryant – the Los Angeles Lakers.

His commendable performances in the Summer Pro League drew the attention of the Lakers coach, and he soon joined the team. He played his first game in the NBA at the age of 18 years, which made him the youngest player in the history of NBA at that moment. That record was later broken by two other basketball players. Although he wasn’t that successful in the early stages of his career, his luck completely changed in 1999 when Phil Jackson became the new coach of the team. The team consecutively became champions for three years, 2000 to 2002. These wins can be dedicated to the deadly combination of Kobe Bryant and Shaquille O'Neal; the two formed a centre guard which was literally impossible to break.

However, Bryant’s fortune changed for the worse once again. He had to go through several injuries and his deteriorating performances were criticised severely. However, when his former coach returned, his performances started getting better. His phenomenal performances have made him a legend in this game. Many analysts regard him as the most complete player in the history of basketball. He is still playing for the Lakers in the NBA.

Kobe Bryant isn’t just satisfied with getting the highest salary ever in the history of NBA; he is determined to create a new identity for himself. He has several famous quotes; in one of them; he claims that he doesn’t want people to compare him with Michael Jordan, he wants to be known as “Kobe Bryant”.

Kobe Bryant married Vanessa Bryant in 2001. Kobe was only 22 years old back then. In fact, his parents didn’t support his decision of marrying her since she was only 19 at that time, and they didn’t even attend his wedding. Kobe is leading a successful and happy life with his wife at present, with their 2 daughters.

Kobe Bryant recently announced that he will be retiring next year. His net worth, as of this year, is estimated at $360 million. He has even made extensive plans for his future by founding Kobe Inc. 2 years ago, so that his net worth will still keep on increasing even after he leaves the world of basketball.

FAQ: How old is Kobe Bryant?