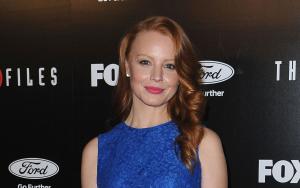 Born on 20 February 1978 Lauren she was very interested in acting since a very young age. Her mother Anne née Wachte is of English, German, and Irish descent while her father Frank D'Ambruoso is of Italian descent. Her mother works as an interior designer and her father is a caterer. She did her primary schooling at Choate Rosemary Hall in Wallingford, Connecticut later she went to Wilbur Cross High School to do her high schooling.

She later enrolled at the ACES Educational Center for the Arts in New Haven. Besides that, she also went to Boston university Tanglewood institute to study opera and voice. She trained to sing opera at that institute.

She moved to New York and started working in off-broadway theater. She did some small roles on TV as well. She played a girl who was raped by high school students in Damaged and she also appeared in Law and Order. In 1996 she got a chance to do a role in a movie which she instantly took. The role was for the movie In and Out which released in 1997. Due to her stellar performance in that movie, she caught the eye of many directors. At the end of 1997, she got a chance to play a very important role in the movie Can't Hardly Wait, which was a comedy film.

Her next big role came in the movie Psycho Beach Party in which she played Florence Chicklet Forrest. This was a comedy horror movie and was very successful in the box office as well as for the critics and fans. In 2001 ambrose started to act in the Tv series Six Feet Under. For this tv show ambrose was nominated for the Best Actress in a Supporting Role Emmy Award for two consecutive years 2002 and 2003.

She debuted as a broadway artist in 2006 when she played in the revival of Awake and Sing in Lincoln Center Theater. She also played Juliet in the show Shakespeare in Park. For her performance in that, show she was critically acclaimed and praised. She later played Hamlet for the same show in 2008. In 2009 she did a broadway called Exit The King at Ethel Barrymore Theater. She has also done a voice-over in the movie Where the Wild Things Are in which she provided her voice for a monster called KW.

Ambrose married Sam Handel who is a photographer by profession in September 2001. She has two children with her husband, with whom she lives in Great Barrington, Massachusetts, USA. There is no sign of them getting any divorce as they are very happy with each other currently.

At and age of 38 years Ambrose has won many awards and she has been also been listed in the People's magazine for being among the 100 most beautiful people in the world. Currently, she looks very fit and some sources suggest she has gone through a weight loss program after giving birth to her 2nd child.

Her net worth is estimated to be about $10 million. Her biography can be read at the Wikipedia and on the other sources on the internet like IMDB as well.

FAQ: How old is Lauren Ambrose?

FAQ: What is Lauren Ambrose networth in 2020?