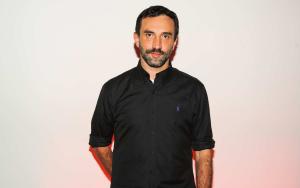 Riccardo Tisci was born on the first of August 1974. He spent his childhood days in a small town called Taranto in Italy. He has often commented that he was influenced by his eight sisters, to become obsessed with fashion. At the age of seventeen, he left to study in the famous ’Central Saint Martins’, in London from where he graduated in the year 1999.

Tisci returned to Italy and has worked for several brands like Puma, Antonio Berardi, Ruffo Research and Coccapani. After his contract with Ruffo Research was up in July 2004, Tisci flew to India, where he started working on designs for his own collection. During the month of September in the year 2004, he set up a show in Milan showcasing his designs for the autumn/winter for 2005-2006 in his first collection.

In February of 2005, he was recruited by the French fashion brand ’Givenchy’, as the Creative Director. Since he was appointed, sales have boosted considerably from five customers to twenty-nine customers. After three years in the prestigious French fashion brand, ’Givenchy’ appointed him as the Creative Director for the mens apparel section as well.

Tisci made the news when he started to design costumes for Madonna’s tour in 2008 called ’Sticky and Sweet’. In 2009, he had the opportunity to design for another costume for the opening song called ’Candy Shop’ for Madonna’s encore of her tour ’Sticky and Sweet’. According to his biography, Tisci has also designed custom clothing for Madonna on occasions when she was not performing. Tisci made the news in May of 2010, when he cast the first transgender model in a catwalk show known as Lea T. She used to be Tisci’s assistant until he asked her to catwalk for his show.

In 2011, Tisci did the artwork for the album titled ’Watch the Throne’ by artists Jay-Z and Kanye West. In the February of 2012, he had the opportunity to work for Madonna to design her costume for Super Bowl. Madonna’s costume for Super Bowl was inspired by several of Tisci’s work in ’Givenchy’. He has also had the opportunity to help make perfume for ’La Dahlia Noir’. He has also dressed Rihanna for her ’Diamond World’ tour in 2013. Tisci collaborated with Beyonce and Jay-Z for their ’On the Run’ tour in the year 2014. He has also collaborated with sport and fashion brand ’Nike’ to design Air Force One shoes and has also launched a thirty piece sportswear collection with ’Nike’.

Till date, Tisci has never revealed information about his personal matters like his love life, married life or about his divorce. There is no record about him having a wife or children. He is single and it is believed that he is gay, but there is no announcement on the same. His estimated net worth is around 2.93 million dollars. He is believed to be getting a massive amount as salary, but there is no record of the amount he receives. Tisci still continues to amaze the world with his designs and creations.

FAQ: How old is Riccardo Tisci?

FAQ: What is Riccardo Tisci networth in 2020?