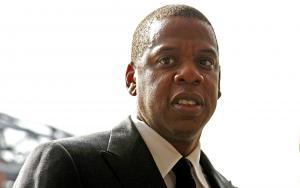 Shawn Corey Carter, popularly known as Jay Z is an American rapper and entrepreneur. He is well known for his records. However, he is more famous as the husband of Beyonce. He married Beyonce in 2002 and has a daughter with her, Blue Ivy Carter. They kept a very low profile while dating and their marriage was a quiet ceremony. He has a lot of rumors related to secret affairs around him.

Rapper Liz accused him of trying to persuade her to have sexual relationship with her, when he was married to Beyonce. There were also rumors that Liz has talked to Beyonce about all his secret affairs and practically, Liz is her private spy. Jay never commented on this rumor. However, very recently, there are a lot of talks that this incident might lead to divorce. Beyonce has not yet commented on this news.

Jay has cheated on his wife, several times. There were also rumors about Beyonce cheating on him, though she claims that she has dated only two men in her life and she lost her virginity to Jay.

In 2004, there was another rumor that he fathered a child with Free, the co-host of BET show. Both the parties denied this rumor. Norman Osterbroek, former bodyguard of Jay, Beyonce and Blue was accused of having pleasures with the pictures of Beyonce at work. The couple fired him and after a few months, he was found dead in Miami. Police confirmed that there was no connection between the incident and Jay.

Holly Haga, British reality star once stated that Jay is having a relationship with Rita Ora. Nevertheless, Ora denied it. Jay has been accused of stabbing Launce Un Rivera, record producer. He completed three years of probation in 2001. He was also rumored to have shot his brother, when he was young. His brother did not press charges against him.

A few of these rumors were not proved while others had a concrete proof. Beyonce did not comment on any of these rumors. Jay became angry about the rumor about Beyonce and her bodyguard. Jay wanted to fire him, but, Beyonce said that he is not going anywhere. There were photographs of the bodyguard leaving her hotel room with lipstick all over his face.

Recently, there were rumors about Beyonce planning to leave Jay because of his action with Liz. Liz is her best friend and a kind of spy for her. She talked to Beyonce about Jay’s playboy actions. There are no concrete details on the separation, but, the latest news indicates that she is planning for getting separated from him with her daughter, Blue Ivy.