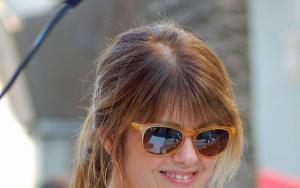 Dawber was born in Detroit, the older two daughters of commercial artist Eugene E. Dawber and Thelma M, on October 18, 1951.

She attended Reid Elementary School in Goodrich and North Farmington High School, and Oakland Community College (OCC) with an intention to move to a four-year institution. She postponed her studies at OCC to pursue modeling full-time, and she eventually dropped out after deciding to pursue modeling full-time. She was only a teenager when she began modeling full-time for the top-ranked Wilhelmina Models in New York City. Leslie, her younger sister, tragically died from a congestive heart condition in December 1976 when she was only 22 years old.

Pam Dawber met her future husband, Mark Harmon, at a party in March of 1989, shortly after the cancellation of My Sister Sam. They were married only one year later, on March 21, 1987, in a private ceremony. Together they have two sons, Sean Thomas Harmon (born April 25, 1988) and Ty Christian Harmon (born June 25, 1992.)

"We're not trying to keep anything secret," Pam told People Magazine in an interview during her engagement, "but if you don't want it exploited by the press, you have to." After their marriage, Harmon told TV Insider, "It's not even a choice. It's who we are. We stay at home—a lot. I'm not a Twitter guy or a Facebook guy. Our sons aren't into that either."

Harmon is an actor himself and co-starred with Dawber in I'll Remember April (1999). He has appeared in well-known roles such as Simon Donovan in The West Wing, for which he received an Emmy Award nomination. Surpassing his previous role in popularity and notoriety was his character of Leroy Jethro Gibbs on NCIS on CBS. He was dubbed one of People's Sexiest Men Alive in 1986.

Dawber has been quoted saying, "I am so grateful for my life. I've had tough times, but then so have most people. But I'm grateful for having been able to come out on the other side of it." "It's like a train pulls up to your door, and either you get on it, or you let it go. And I just always got on the train."

FAQ: How old is Pam Dawber?

Quick Facts
Help us Edit this article and get a chance to win a $50 Amazon Gift card.
Last Modified: Aug 3 2021
You may also like
articles you may like