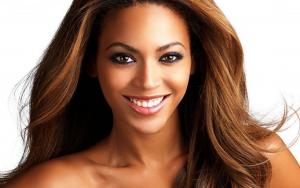 Beyonce Giselle Knowles Carter is an American singer and actress. She is well known for the album, ‘Dangerously in Love’. She has won five Grammy awards till date. Beyonce started dating Jay-Z during their collaboration in, ’03 Bonnie and Clyde’. They got married in 2008, without much publicity. Beyonce and Jay has kept their personal life in a very strict privacy terms. It is believed that she had a miscarriage in 2010. She also had an unexpected pregnancy when she was in Paris with Jay.

During the MTV Video Music Awards, 2011, she opened her blazer and rubbed her pregnant belly and said that she wanted everyone to feel the love that is growing inside her. Her pregnancy has the Guinness record for most tweets per second. Her daughter, Blue Ivy was born in 2012 and she maintained a high privacy with ‘no media’ rule to avoid publicity. They tried to trademark the baby’s name to start a merchandise, but failed.

Beyonce confirmed that she had relationship with only one man. Beyonce was seen as an attractive woman, and people were not able to believe her. She said that she had her first boyfriend when she was 12. She was in a relationship with him, till she was 17.  His name is Lyndall Locke. He said in an interview that he regrets cheating on her. He also mentioned that Beyonce vowed to stay virgin till marriage. He said that he regrets about what he missed out. He said that he had an affair for five times with different women during their relationship for 9 years. First time, he was too drunk and ended up with a woman in bed. Beyonce never found out about these relationships. He revealed it to the media, after they broke up.

He thought that he was never good enough for her and left her. When he changed his mind, Beyonce was already dating Jay and he realized that it is not possible to win her back. Jay was his second love and her husband. Her two lovers and virgin story, was a bit hard for people to believe it. She was seen as a sex model. Appearances are deceptive.  In 2003, there was a rumor that Sean Paul was dating Beyonce in 2003

There were a lot of other rumors around her. She was once rumored to have a relationship with her bodyguard, Julius De Boer. This was the time when Jay and Beyonce were rumored to have a rough patch in their relationship. This rumor was believed to create a big crack and lead to divorce. There was also reports that Jay was jealous about her bodyguard. He used to be with her all night, for his duty and reports claimed that he thought that Beyonce and Boer were having a secret relationship. He said that they both spend a lot of time together in closed rooms and also stayed together in hotels. There was no comment from Jay on this and thus, it is still considered to be a rumor.

FAQ: How old is Beyonce ?