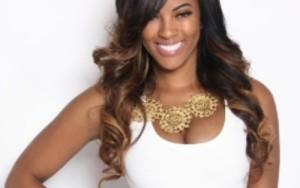 Malaysia Pargo is seen in the reality TV series, Basketball Wives: LA. She is famous for her marriage to Jannero Pargo, NBA player.  Jannero married Malaysia in 2006. They have three children together. They got separated in 2012. Malaysia filed for a divorce from Jannero citing irreconcilable differences. She requested for sole legal and physical custody of the children and visitation from Jannero. She also requested child support, spousal support and also covering her legal fees.

During the initial stages of the separation, Jannero and Malaysia seem to give vague comments about their relationship, making each other look stupid. Once the separation settlement started, they said that they are going to stay as friends for the sake of the children.

A few days after the separation news hit the media, the news about Malaysia’s new boyfriend also spread. It was rumored that she was having a romantic affair with Mason Betha, a preacher and former rapper. The sources near her stated that Mason is a friend of Malaysia. Malaysia needed someone to support her at these times and thus, they are seen in public together. They also believe that Malaysia and Jannero would talk out of this separation soon.

As of June 2014, their case is still pending. One source mentioned that they were dating and spending a lot of time together. Malaysia did not mention any detail about her relationship with Mason when she talked to the media about her separation settlement.

In 2012, Malaysia announced on the show that her husband cheated on her. She did not talk about who the girl was and the other details. Jannero was present with her when she made this statement. There was no comment from Jannero on this, during the show. She was not seen with her best friend, Bambi since she announced that Jannero was cheating. One of the follower in Instagram asked whether she hangs out with Jannero and she replied ‘no’.

Thus, it is assumed that Bambi was Jannero’s secret girlfriend. Jannero did not comment on this rumor. Bambi was also not available to provide her comments. Malaysia was a groupie before she met Jannero, according one source. She was also a part of ‘Splash Waterfall’ video of Ludacris in which she posed naked.

Jannero’s dating life is not known to public. There is no clear information about the separation, one day, the couple was bringing each other down in the Instagram with images and counter statements and the other day they said that they are going to remain friends and make the settlement process smoother. There are no details about prenup or other information that is useful for the separation settlement.

Jannero has not talked about the separation, his former wife or the reason for the separation. There are a lot of versions like, he cheated on her, she dumped him and many others. None of the parties involved or their representatives have commented on the rumors.

FAQ: What is Malaysia Pargo networth in 2020?