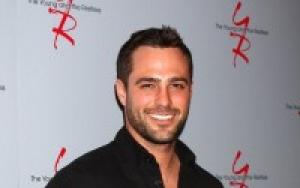 Marco Dapper is known as an American actor and model. He is most famous for his role on the soap opera, The Young and the Restless.

Marco Dapper was born on July 9, 1983, in Hayward, California. He was raised in a Catholic family and went to Catholic School. He has his interests in acting from a young age and took part in school plays. During his graduation, he took his passion a step further with community theater productions. He was working in a UPS warehouse also as a fitness trainer before moving on to movies and stardom.

With his muscular figure, Mark Dapper started his entertainment career as a model. He was cast in Levi's ad for the Asian markets and later found himself posing for magazine covers. He has also worked in advertisements for big names like United Airlines, Sears, Xbox, and Absolut Vodka.

Marco's love for acting brought him to Hollywood in 2003. He took training from the top notch acting houses of Beverley Hills Playhouse, Doug Warhit, and Lesly Kahn. He was working as a waiter in a restaurant in Brentwood, California when he met Anthony Bruce, the renowned producer, and screenwriter. Anthony Bruce gave Mark a chance by casting him in the feature film, Redefining Normal in the year 2008. NBC scouts realized his potential as an actor and roped him into movies in 2006 with his first film 'Eating Out 2: Sloppy Seconds.' His first movie gave him a good fan base. Recently, his role alongside Eric Roberts and Dean Cain in the thriller movie 'Deadly Sanctuary' added to his popularity.

Before entering into the world of movies, he played guest roles on several television shows like 'Veronica Mars', '20210', 'Mistresses', 'The Client List', and 'Dirty Sexy Money'. The role he played in the 2003 comedy show 'Meet my Folks' featured his acting skills and his talent was soon universally recognized. He plays the role of Carmine Basco in the CBS series 'The Young and the Restless'. It's a hit soap opera series and is running the eighteenth season since it started in 1973. His role is a fun troublemaker.

In 2014, viewers were stunned to see Marco Dapper return as Carmine Basco. After a mammoth blast where the vehicle that both Billy and Adam were driving in charred, one man figured out how to slither through the day alive. Dapper shocked fans with his surprising comeback which cleared Fenmore of homicide allegations and stacked more drama in the energizing storyline. Fans were excited to see Carmine return and raise Chaos. His character of Carmine was thought to be dead. Even though many soap opera characters have returned from the dead, Carmine's return sent shockwaves.

Marco has not revealed much public information about his personal and private relationships but he once dated actress, Rebecca DiPietro.

Marco has interests in painting and traveling. His works of art are showcased in Hollywood. He is a trained martial artist with a black belt in Taek-Won-Do.

FAQ: How old is Marco Dapper?