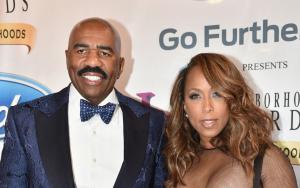 She had many challenging times, and her life was full of ups and downs. Her story changed after she got married to Steve. Before they tied the knot, their relationship was off and on. They had a profound and complicated history, but in the end, they finally got married.

She had to stick up for Steve when he was humiliated on a national stage. During the crowning of Miss Universe in 2016, he mistakenly announced the runner-up to be the actual winner. She stood by his side as people attacked him for his simple mistake.

Marjorie's tale is an inspiration to women worldwide, especially those who have been divorced more than once and have a desire to find love. She is the type of woman that most men desire because she is a woman that will stand by you regardless of what happens, and she will always believe in your abilities.

Marjorie had three children from her previous marriages. Morgan, who was her first child, was born in 1987. Her other kids, Jason, was born in 1991, and Lori was born in 1997. Steve never had any ill will towards them and had lots of love for them as he helped Marjorie raise them. If they were in need, he was fully present and by their sides.

They have three grandchildren, Noah, Rose, and Elle. Marjorie has shown herself to be very supportive of all of her family members.

Steve also had children from his previous relationships. Steve's first children were twins Karli and Brandi. Both of them are now adults, but Marjorie has no problem showing them love. These two were from his first marriage with Marcia. In his second marriage to Mary Shackelford, he had two more children named Broderick and Wynton. They are also adults and are treated with respect by Marjorie.

She had no shortage of kind words when she was asked to describe her life with Steve to Essence, "I wish every woman can find a soulmate like I've been blessed to find. This is my best friend. I can talk to my husband about any and everything; he can talk to me about any and everything. We complement each other, and we bring out the best in each other, so it's just a beautiful relationship all the way around. We laugh together. I love his sense of humor. For my children, I only wish that my sons, all three of them, can be the man that their father is, and for my daughters, I wish for them the same thing that I finally found, and that's a man just like my father."

FAQ: What is Marjorie Bridges networth in 2020?