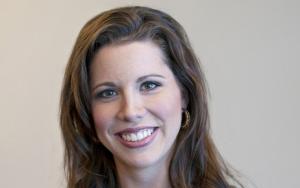 Mary Katharine Ham is an American journalist. She is a CNN contributor, a contributing editor for Townhall Magazine, and a senior writer for The Federalist. She formerly worked as an editor-at-large for Hot Air and a Fox News contributor.

Mary Katharine Ham was born to Jon Ham on April 5, 1980, in Montgomery, Alabama, United States of America. She was raised in Durham, North Carolina, and studied at Riverside High School in 1998. She graduated with a Bachelor of Arts Degree in Journalism from the University of Georgia in 2002. In her early days, Ham wrote for the Richmond County Daily Journal. She also wrote for The Washington Examiner. Ham was engaged with a video blog series for townhall.com till the year 2008. Ham also hosted the show, ‘The Morning Majority,’ aired every weekday until March 2012. Besides these, Ham has also written for The Daily Caller and The Weekly Standard and is also a paid writer on the Fox News Channel. Ham appears regularly on the Fox News Channel’s program, ‘The O’Reilly Factor,’ along with Juan Williams. Ham has also been a guest panelist on Fox’s late-night show, ‘Red Eye w/ Greg Gutfeld.’ Ham also appeared on the show ‘The View’ in the year 2014.

Ham has been presented with numerous awards and felicitations throughout her journalism career. Her blog videos on ‘townhall.com’ were voted the “Video of the Year” for 2007. Ham’s career highlight came when awarded the ‘ACU Blogger of the year Award’ at CPAC 2014.

Ham is married to Jake Brewer, an aide at White House. Jake is also the co-founder of the immigration activism group along with Jose Antonio Vargas. Their wedding was solemnized in the year 2011. Ham gave birth to her first child, a daughter named Georgia Brewer, in the year 2013. Unfortunately, though, Ham’s husband, Jake, died in September 2015, when Jake met with a tragic bicycle accident that caused fatal injuries. Ham was expecting a second child when this tragedy struck. Later, Ham gave birth to her second child, a daughter, and named her Garnet J. Brewer in Jake’s honor.

Mary Katharine Ham is a popular public figure. She has a wide fan following and is significantly like by many. Her popularity can gaze from the fact that many fans over Twitter follow her. Her fans from the world over also frequent Mary Katharine Ham’s Facebook page. Mary Katharine Ham also is active on Instagram and posts regular updates over it. Mary Katharine Ham’s video blogs of essential news items are the biggest hit. Mary’s videos are widely followed and subscribed alike. These are excellent sources of news for her fans. They patiently wait for her videos to be aired and eagerly wait to watch them.

Mary Katharine Ham’s life is a representation of her great journalism and writing skills. Her life and career are one to watch out for and a role model to idealize. Ham’s life certainly hit a tragedy on her husband’s sad demise of her husband, but she did muster up the courage and still goes strongly about her work. Mary Katharine ham has a net worth estimated at a Million US Dollars.

FAQ: What is Mary Katharine Ham networth in 2020?