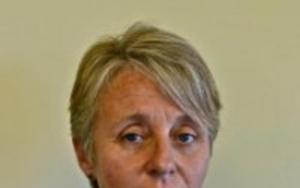 Mary Louise O'Callagan is an Australian journalist and author. She is known for her report on the Sandline Crisis.

From 1983 to 1985 she served as The Guardian's stringer. She then was the South Pacific correspondent for Fairfax Media beginning in 1987 and ending in 1995, switching to The Australian until 2004.  She later became a public affairs manager for the Regional Assistance Mission to Solomon Islands (RAMSI). For 25 years beginning in 1989 she was based in the Solomon Islands, where her husband is from.

In February 1997 she broke a story in the Weekend Australia that foreign mercenaries had been hired by the Papa New Guinean government to fight in the Bouganville Civil War. The report earned her a Gold Walkley award and became known as the Sandline affair. In 1998 wrote a book titled Enemies Within: Papua New Guinea, Australia, and the Sandline Crisis: The Inside Story.

Today she is the CEO Media Advisor at World Vision Australia. She is married to Joses Tuhanuku, a Solomon Islander politician and trade unionist. Together they have four children.

FAQ: What is Mary-Louise O'Callaghan networth in 2020?