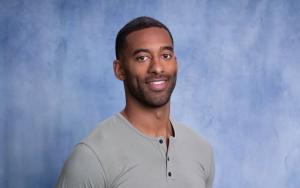 Matt James, a North Carolina native, is an American reality star and real estate, dealer. He was a wide receiver for Wake Forest University in football. James was cast as the star of season 25 of ABC's The Bachelor in June 2020. He is the first African-American male lead in the history of the Bachelor series. Rachel Lindsay, the first Black female lead, made her debut in 2017. (Bachelorette season 13).

In Raleigh, North Carolina, James was born on December 5, 1991. Patty and Manny James are his biological parents. Matt played football for head coach Tony Lewis at Sanderson High School. He had 716 yards and four touchdowns as a senior. He was named to the Cap-7 All-Conference team as a result of his efforts. In addition to basketball, he enjoyed a lot of success. In 2010, James completed his education at Sanderson. At Wake Forest University, he continued his football career while also studying.

James was a wide receiver for the Wake Forest Demon Deacons football team and wore the #87 jersey. He had 48 receptions and 458 receiving yards in college. In 2014, James earned his bachelor's degree in economics. He tested out for teams like the Carolina Panthers and the New Orleans Saints after graduation. James played for the Saints for a few months before being released. Completing his college education was a determined decision on his side.

Matt James works in the real estate industry as an associate. He is now employed at CBRE Group, the world's leading real estate services firm. He worked at a PNC Bank in Pittsburgh, Pennsylvania, for a short time before joining CBRE. Matt is also an entrepreneur and the founder of a community group. Along with his close friend Tyler Cameron, he runs the charity ABC Food Tours. Children in underserved neighborhoods benefit from the organization's efforts to uplift them and expose them to new experiences and opportunities. The Robin Hood Foundation has also received James' backing.

James was supposed to be a contender on Clare Crawley's Bachelorette season before his historic Bachelor casting. However, due to the Covid-19 pandemic, the show was put on hold. It's uncertain if he'll continue to be a suitor on the show. In June 2020, Matt was announced as the first Black bachelor. The first episode of his season is set to air in early 2021. "Selfless, honest, kind, and compassionate" is how Matt describes his dream date. Matt has thousands of followers on Instagram (mattjames919) and TikTok. Once his Bachelor season begins, those numbers will undoubtedly skyrocket.

Matt James is an African-American man who stands 6ft 5in tall. His net worth is believed to be $250,000. The native of North Carolina now resides in New York City. Matt is still a strong admirer of football and fitness in general, even though he no longer plays competitively. He goes to the gym regularly, and fans have seen him in Central Park in New York City. James and Tyler Cameron are good friends, as previously stated. They met on the Wake Forest football team for the first time. They share a New York apartment. Cameron is used to being in the spotlight. On Hannah Brown's season 15 of The Bachelorette, he competed and came in second place.