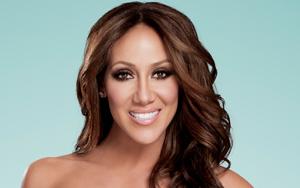 Melissa Gorga is an American reality TV personality. She was seen in the show, ‘The real housewives of New Jersey’. Melissa is married to Giuseppe Joe Gorga. She has three children with her husband. She once stated that she ruined her relationship with Joe because of her past. She did not trust Joe, because, her father had a lot of affairs.  According to her father, a woman should not enjoy social happiness, like parties. She should be at the house and within her borders while men can run into the wild, as they wish.  Her parents’ unfaithful marriage made her believe that Joe has a girlfriend hidden from her.

She said that she started questing him and became insecure. Joe was not able to stand these problems and thought his wife was too hard to handle. Later, one day, she sat with him and talked about the real problem and they both talked about it.

Later, it was said that she cheated on him with Brain Bulldog Bowen, in the past, when she was still married to Joe. However, she posted on the Facebook that she requested people stop making rumors about her cheating. She did not comment directly on the Brain rumor.

Nevertheless, the rumor went on for many days. Her co-stars talked about how the extramarital relationship almost brought her relationship with Joe to divorce. The rumors started when Mellissa’s friend talked about how Melissa cheated on Joe with her former boyfriend. Melissa again denied it. She accepted that she was dating Brian, ten years ago and did have a strong relationship with him. However, those were before she met Joe. She agreed to be in touch with Brian and there are a lot of Twitter tweets to prove that, but, she totally denies the intimate relationship rumors.

When it was announced that Brain was asked to come to the sets of the show to express his side of the story, things turned upside down. Melissa said that Brian would do anything to get his few minutes of limelight. She said that she was in an on again, off relationship with him until she met Joe. She also said that no matter what Brian confirms in the show, she confirmed that her marital relationship with Joe would not suffer any crack. It was said that she and Joe have a lot of faith in each other and it cannot be broken with a story that happened a decade ago. He accepted to be in touch with Melissa after the wedding, and also said that she married Joe for his money. She also confirmed that she had a relationship with him, even when she was married to Joe.

He also asked for a session face-to-face with Joe to talk the things with him. He also asked Melissa to take a lie detector test to prove that he was right. There was no comments from Joe or Melissa on this request. Some say all these are just publicity stunts.

FAQ: How old is Melissa Gorga?

FAQ: What is Melissa Gorga networth in 2020?