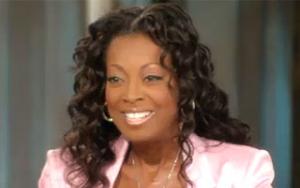 Star Jones is an American journalist, lawyer, TV personality and fashion designer. She is known for her show, ‘The Talk’.  She got married to Al Reynolds in 2004. He proposed her during the NBA game and she accepted. She kept her personal life to herself and does not mix her personal life into her public fame. In 2008, it was announced that she was divorcing her husband.

In 2011, Al sued Star because she spoke ill about their relationship which was against the divorce settlement. She was sued for 50 thousand dollars. The court ruled in favor of Al as she reported in a magazine that the wedding was wonderful, but, the marriage was a kind of booty.

One source stated that Al was depending on her totally and did not have any constant employment. She was fed up of paying his bills. He started dating his secret girlfriend in the same year as that of their separation. He said that he made the mistake of letting the media into his personal life, once, and he was not ready to do it again. He refused to give out her name. Star also started dating immediately. It was said that her boyfriend was a chef, Herb Wilson.

She gained weight after her separation from Al. She said that the separation was hard on her and she used to gulp fast food, all day. With the collected information, it was said that the public fame caused the wreckage in her personal life, though she tried to keep her personal life away from her public face. Their separation details were not known and it is assumed that she would not have let him walk away with her money, after being a lawyer. Both of them have moved on and have started dating. Both are keeping a low profile about their dating life, to avoid any rumors and other problems.

FAQ: How old is Star Jones?