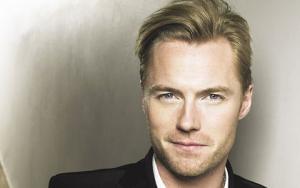 Ronan Keating is an Irish singer, artist, songwriter, philanthropist and a musician. He is the lead singer of the band, Boyzone.  He got married to Yvonne Connolly in 1998. He has three children with her. He and his wife got separated in 2011 and announced their divorce in 2012. He was said to have an affair with a dancer when he was in the process of legally getting separated from Connolly. His relationship with the singer was said to be the reason for the separation. He broke up with the dancer after seven months and started dating Storm Uechtritiz. He talks a lot about his girlfriend to the media. He talked about the dinners he went with her, how he fell in love with her and other personal information about their romance.

He said that his relationship with Strom saved him from drinking and losing his life. Storm was recently divorced from her husband and he said that he was lucky to have her. They met each other on the sets of Australian X factor, for which, Strom was the producer and Ronan was the judge.

The separation details, custody of the kids and alimony information are not available to the public. It was considered to be a smooth separation. Connolly has also moved on with her new boyfriend. Though the separation was hard, he said that they both have survived it.

Connolly never talked about her failed relationship with Ronan, the reason for the separation and other marital problems. Even after the separation, Ronan gave out the information about her dating life. Other than that, her life is totally out of public’s radar. Their relationship after the separation is not known. It was said that he spent a considerable amount of time with his kids, and it is assumed that she got the major custody of the kids. Due to his busy schedule, he gets to meet Strom, very rarely as he was in Australia and she was in London.

FAQ: How old is Ronan Keating?

FAQ: What is Ronan Keating networth in 2020?