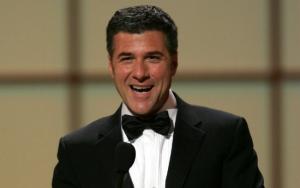 Michael Chiarello is known as an American celebrity chef. He is most famous for his Californian cuisine and his appearances on shows like Top Chef and Top Chef Masters.

Michael Chiarello was born on January 26, 1962 in Red Bluff, CA. His Italian family worked as butchers, cheesemakers, and ranchers. Michael had the dream of being a chef since his childhood. Later, he combined his Italian roots with the distinctive Napa Valley living. Michael graduated from the CIA in 1982.

Michael Chiarello has been seen on many TV shows. He is the owner of Bottega Restaurant in Napa Valley. He turned into a very successful chef and an Emmy-winning television host on the Food Network and Cooking Channel.

He became Chef of the Year when he was awarded by Food & Wine Magazine. He was named CIA’s 2011 Alumni of the Year. With his enthusiasm and determination, he created his own Chiarello Family Vineyards.

Michael has been fortunate to craft highly rated, small production wines, he said that their wines are sustainably farmed and they carry the story of his family in every glass, they are the most satisfying thing he does. By sustainable, he means leaving the land more fertile than he found it. He also composts his grape skins and stems and folds them back into the soil, they plant fava beans and fetch cover as well as wild mustard in winter, which gets tilled into the soil each spring, provide vital nutrients and gives the vines a great boost of energy. He said that their farming activities are a bit slow sometimes but it makes them very comfortable.

Michael has been a national television host of his own shows for over a decade on PBS, Food Network and Cooking Channel, and has also appeared on Top Chef and Top Chef Masters. In 2009, he reached the finals of Top Chef Masters.

Michael got married to Eileen in 2003. He has a son with her. He also has three daughters from his first marriage. It was rumored that he cheated on his first wife by having an affair with Eileen. After the separation, he started dating Eileen and married her.

Eileen's early years were in Northern Virginia, her father was an attorney for the Justice Department. Her mother's family was distinguished by ranching, agriculture, and creameries. Eileen graduated from the University of Virginia, she left her job as a consultant in Georgetown to go to San Francisco where she worked in education technology at Apple; she also worked as a branding and marketing consultant for internet startups; then she met Michael.

Michael was arrested in Napa County over suspicion of driving under the influence and possession of a controlled substance. He was stopped by a police officer at 3 in the morning, booked, and then released shortly after paying $5,000.

This arrest occurred two days after a sexual harassment lawsuit filed against him that reached a settlement later. Former employees at his restaurant sued him saying that the work environment in his restaurant is hostile and somewhat sexually abusive.

He commented that he was very embarrassed and apologized for his family and business colleagues but he said he would fight those charges vigorously.

FAQ: How old is Michael Chiarello?

FAQ: What is Michael Chiarello networth in 2020?