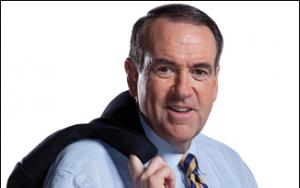 Huckabee won a second term in 2002 in the race against Jimmie Lou Fisher, and he served for four more years until 2006. His administration demanded high taxes of their citizens, but that money was spent on improving roads, health care, and schools.

In 2008, Huckabee announced his run for the White House. His campaign was primarily funded by religious activists endorsing his cause. Unfortunately for him, his opponents inside the Republican party were John McCain and Mitt Romney. Both of them won the majority of the debates and elections, putting Huckabee in third place. Huckabee was mentioned as the potential vice-president pick in the polls, but he was passed over for Sarah Palin in the end.

Huckabee ran again for the White House in 2016, but he didn't get better results than the previous campaign, so he suspended his campaign in February 2016. After the victory of Donald Trump, it was reported that Huckabee was offered the position of United States Ambassador to Israel, but he denied those reports.

Huckabee became associated with one of the most famous news channels in the United States, the Fox News Channel. He hosted a weekly show named "Huckabee," whose focus was political commentary. His show increased the channel's rating thanks to the interest generated by the many famous personalities of different political backgrounds that Huckabee invited there, like former First Lady Michelle Obama. He also had guests from the entertainment universe because he met many actors during his political career as governor.

Huckabee is the author or co-author of several books, including Do the Right Thing: Inside the Movement, That's Bringing Common Sense Back to America, published on November 18, 2008, and became a New York Times Best Seller.

FAQ: How old is Mike Huckabee?

FAQ: What is Mike Huckabee networth in 2020?

Quick Facts
Help us Edit this article and get a chance to win a $50 Amazon Gift card.
Last Modified: Aug 4 2021
You may also like
articles you may like