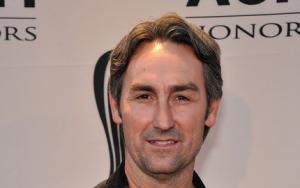 Mike Wolfe is known as a reality TV star and antique collector. He is most famous for being is the creator and star of American Pickers, a hit TV show that airs on the History Channel.

Mike Wolfe was born on June 11, 1964, in Joliet, Illinois. Mike is the eldest child in his family of three children. He has a brother named Robbie and a young sister named Beth. Growing up, he was always interested in finding treasure in the junkyards. He grew up in Bettendorf, Iowa, just down the river from LeClaire, and began collecting items at age 6, “I found a bicycle in the garbage, and I sold it in two days for $5, I was hooked.”

His family didn’t have much money since his mother was single and had to raise three children on her own. Because of his family’s financial troubles, Wolfe learned to barter his picks for things he wanted, like his first motorcycle, “I traded a guy a pair of stereo speakers for it.”

Mike Wolfe always had fun as a forager. Together with Frank Fritz, he traveled from coast to coast and visited more than 200 American cities to search for antiques and vintage items. He would sell his discoveries in his own shop called Antique Archaeology, located in Le Claire Iowa.

Mike eventually got tired of searching for items in Iowa, “I’m sitting in the bicycle shop going and asking ‘What am I doing here, man? I need to be on the road. So I closed the shop, bought a cargo van and hit the back roads. I was a full-on hobo, a Jack Kerouac of junk.”

Mike began to make his name as a professional treasure hunter, road-tripping across the country in search of what he called "rusty gold" to buy and sell in his Antique Archaeology stores. Located in Le Claire, Iowa, and Nashville, Tennessee, the stores featured vintage and antique treasures Mike picked up on the road as well as official merchandise associated with his Antique Archaeology brand.

At the suggestion of a friend, Wolfe bought a video camera and began filming his trips. Sometimes his friend Frank Fritz came along. Wolfe thought their adventures would make great TV because “antiques are all about the story, the treasure hunt, pickers are in the trenches finding this stuff.”

He had spent years trying to pitch his show to networks but no one was interested. His big break came when the History Channel offered him a reality TV show so that they could document his daily responsibility and activities at his store.

FAQ: How old is Mike Wolfe?