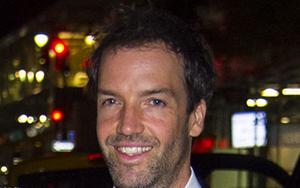 Ned Rocknroll is an American marketer, advertiser, and promoter who was born on January 1, 1978, in the United Kindom. His birth name is Edward Abel Smith but he had it changed to Ned Rocknroll in 2008. Rocknroll was raised by his mother Lindy Branson and his stepfather, Robin Brockway, after his biological father, Robert Abel, left when he was a baby. Rocknroll grew up in Parsons Green, South-West London with his four brothers. His uncle is entrepreneur and businessman Sir Richard Branson, owner of the private space company Virgin Galactic. He began dating Eliza Pearson and the couple went on to get married in the Caribbean in August of 2009. By June, the couple had already filed for a divorce. Rocknroll eventually met his current wife, actress Kate Winslet, and married her in December of 2012.

Winslet had been in two previous marriages, one with Hollywood director Jim Threapleton, and a second marriage to director Sam Mendes in 2003. Winslet has two children from her previous marriages, a daughter named Mia, 17, with Threapleton, and a son named Joe, 15, with Mendes. Rocknroll began dating Winslet in 2011 and the couple was spotted at a memorial service for Richard Branson's father at the Royal Geographical Society headquarters in London.

FAQ: What is Ned Rocknroll networth in 2020?