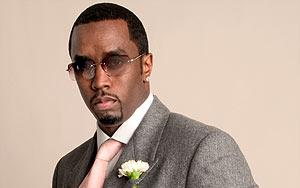 P Diddy’s real name is Sean Combs. He was born November 4,1969, in Harlem, New York. He has a huge following and has been able to achieve a net worth of over 735 million dollars. He also goes by the name of Puff Daddy. Many people know him more by his stage name, P Diddy than his real name. He has achieved many things, especially as a rapper and he is striving to reach even higher..  .

Because of his success, it is easy to get information about him from the internet. He is an active person on social network, which include Instagram and Twitter. On Instagram, he has over 4.9 million followers and he likes to upload some of his posts and pictures. He has verified his account and this means that he is the person who is using the account. He has also verified his Twitter account and he has tweeted over 29 thousand times. His fans can follow him on Facebook and he keeps up with the fans there.

He has always been involved in successful music tours.. He has a large number of singles and albums that created a buzz on the charts and they have always been successful. He is a sensational rapper and everyone admits that he is among the best.

Currently, he has six children. He had a girlfriend, Misa Hylton-Brim but they were never married. His first son was with Misa. He got involved with Kimberly Potter, and some records say that they got married but later were divorced. However, he said at his age that he is not ready for marriage, but he would sign a love contract with a woman he likes.

P Diddy began to work after dropping out of Howard University in 1990, where he was studying business. He was an intern at Uptown Records in New York. When he was working as a talent director, he was in charge of Mary J Blige and Jodeci.