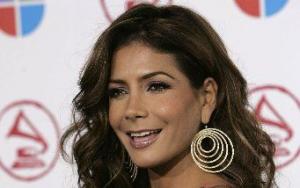 Patricia "Patty" Manterola is a Mexican singer, actress, model, and fashion designer famous for her performances and impressive business acumen.

She started as a member of the music group Garibaldi, a group of young Mexican performers who would sing modern versions of older songs wearing a traditional Charro costume. However, due to a few controversies surrounding the group, Manterola parted ways with the ensemble and began to work as a solo artist, which had always been her dream since she was a child. Since 1994, she has released eight albums and a collection of hit songs including, "Ojos Negros," "Que El Ritmo No Pare," "Y Llegarás," "Si te Basara," "The Rhythm," and many, many more. Her first album was titled "Hambre de Amor" and was released in 1994. Within just a short amount of 20 years, Manterola had gained tremendous fame, fortune, and success due to her remarkable talent and backbreaking work. Her last album, "Ya Terminé," was released in 2010.

Manterola was born to Bertha Patricia Manterola Carrión on April 23, 1972, to parents Jorge Manterola and Maria Dolores Carrion in Mexico City, Mexico. She was born as the middle child of three children and coincidently shared the exact birthdate as her sister, eight years her junior. Manterola studied at the Colegio Miguel Angel Elementary School and then enrolled at the Tecnologico de Monterey School as a small child. She pursued her interest in acting and music. Once Manterola moved to the United States, she attended the University of California, Los Angeles (UCLA), and chose to study English classes. In 1999, Manterola married her first husband, Javier Ortiz, a former Garibaldi group. In 1995, the couple divorced, and Manterola was remarried to Forrest Kolb in 2010. Together Manterola and Kolb have three children, which include a set of twin boys.

As a child, Manterola was educated in music, voice, and dance and her academic studies. During elementary school, she was the lead singer in the Colegio Miguel Angel singing choir and played a part in the "Anita la Huerfanita," also known as "Little Orphan Annie," until she was nine years old. At ten years old, Manterola and her older brother Jorge also made it to the final rounds of a performance contest during a children's music festival called "Juguemos a Cantar," where they, along with some friends, were given a chance to record a soundtrack for the festival along with the final winners of the contest.

In 1989, Manterola met the TV and music producer Luis de Llano after working as a model in the modeling industry. Upon seeing her talents, de Llano had initially suggested that Manterola join a music band he had produced called "Timbiriche." However, after discovering Manterola's full range and depth of skill and talent, de Llano decided to place her in a new pop group that he was creating, called "Garibaldi." Manterola joined the group, and they went on to perform successfully together all over Latin America, The United States, and Europe from 1988 to 1994 and won many awards.

FAQ: How old is Patricia Manterola?

FAQ: What is Patricia Manterola networth in 2020?