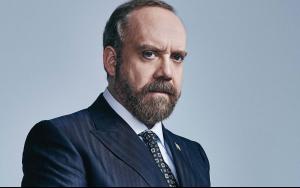 Who is Paul Giamatti?

Paul Giamatti is an American actor and producer who is widely known for the different characters he plays in various diverse films like "Private Parts," "Sideways," and " of Ages." Paul received his first Golden Globe and Academy Award nomination for his performance in "Sideways" and "Cinderella Man," respectively.

Born on June 6, 1967, Paul Giamatti was the youngest son of three in his family, who lived in New Haven, Connecticut.

Paul's father, A. Bartlett Giamatti, was a professor at Yale University, and his mother, Toni Marilyn Giamatti, was an English teacher and a homemaker. Paul's mother, before her job, also tried acting and performed as an actor.

Paul began his primary education at the local Foote School and graduated from Choate Rosemary Hall in 1985, both in Connecticut. In 1989, Paul earned his Bachelor's degree in English and did his Master of Fine Arts from the Yale School of Drama.

Like many successful actors, Paul also started his acting journey performing in numerous theatre and theatrical productions, including Broadways. Paul attended Seattle's Annex Theater from 1989 to 1992 before landing minor roles in television and films.

In 1997, Giamatti landed in his first high-profile role as Kenny "Pig Vomit" Rushton in Howard Stern's Private Parts film adaptation. Stern, a firm admirer of Giamatti's performance, often praised him in his radio program and voiced his opinion to nominate Paul for the Academy Award for Best supporting actor.

In 1998, Paul began appearing in various supporting roles in big-budget films such as The Truman Show, Saving Private Ryan, and The Negotiator. Work for him always crossed his path; he had already made a strong impression of his acting in Hollywood. He continued working securely during the early 2000s; he appeared in major studio production releases like Big Momma's House, Planet of the Apes, and Big Fat Liar.

From 2003, Giamatti began earning critical acclaims for his roles in the film American Splendor. With the trend continuing, in 2004, Giamatti gained mainstream recognition and fame with the independent romantic comedy Sideways.

Ever since Paul Giamatti's achievements, he has been cast in many successful ventures and played a significant role in many film productions and television series.

Paul Giamatti won the National Board of Review Award for Best Breakthrough Performance for his role in American Splendor in 2003. In 2005, Paul won The Boston Society of Film Critics Award, the Screen Actors Guild Award, and his Golden Globe nomination for 'Sideways(2004)' and 'Cinderella Man(2005)'.  With various nominations, Paul finally managed to win his first Golden Globe Award for his role in 'John Adams' in 2008 and won his second Golden Globe for 'Barney's Version' two years later in 2010. Paul earned his Primetime Emmy Award nominations for 'Too Big to Fall' (2011), 'Downton Abbey (2013), and 'Inside Amy Schumer' (2014-15).

Paul Giamatti married Elizabeth Cohen in 1997, and the couple has a son, Samuel Giamatti, born in 2001. They currently live in Brooklyn, New York.

FAQ: What is Paul Giamatti networth in 2020?