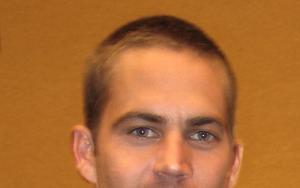 Paul walker needs no introduction, and he is one of those famous actors in Hollywood, who had made a massive impact among its fans. He started his career in 1985, and worked in various TV series like who’s the boss, and touched by angel. Though, if we consider his childhood career, then he started his career when he was a toddler, where he was included in pampers advertisement.

Paul walker shoot to fame was in 1995, when he worked in varsity blues, but later he was soon recognized as brain O conner, which is the most famous character of fast and furious series. When this movie was launched, his career graph was shooting high notes.

Now, one must imagine why paul walker was having such an attractive personality, well, he was from an german, Irish and English descent. He was born and raised in Los Angeles where he completed his studies from Sunland community.

One of the most famous roles, which he did was in the movie “into the blue” with Jessica alba, who is considered as one of the most sexiest actress. His acting skills were great and his co-actors also praised a lot about his friendly attitude, which was definitely a good thing about him.

Paul walker was still a rising star, but he became the ultimate start when he collaborated with Fast and Furious team and started making super hit sequels. He worked with great personalities like Dwayne the Rock Johnson and Vin Diesel. His career was at peek because he worked in all the 6 parts of fast and furious. He was also working on the 7th part of Fast and Furious, and he was quite enthusiastic about his role in this movie.

Other major achievements were Running scared, which received positive reviews from critics, and Paul was praised by his director for showcasing some amazing acting talent.

He also worked with Walt Disney’s eight below, which was also a major achievement for him, because it was released in year 2006, and it became the highest grossing movie in that particular month.

Now moving on the personal life of Paul walker, who used to live with his dogs, and he used to love his dogs a lot. He is also having a daughter with his girlfriend, who moved back to California, to live with Paul in the year 2011.

Well, many people are not aware of the fact that Paul was also having a brown belt in jiu jitsu, which is Brazilian form of martial arts.

We all know that Paul was quite a fan of racing cars, and in fact he raced M3 E92, which is one of his favorite cars. Apart from cars, he was also interested in marine biology, and he tagged with national biography crew to look for white sharks. One can surely tell that there were many talents in Paul, which he occupied within himself.

In the year 2013, November 30th around 3.30 PM, Paul walker with his long time friend Roger Rodas left a charity event, and then met an accident. The accident was occurred, because the driver lost control and hit a giant tree and a light pole. Both of them were declared dead on spot, and according to the investigation, the speed was the major factor of this accident. They were driving Porsche Carrera GT.

FAQ: How old is Paul Walker?