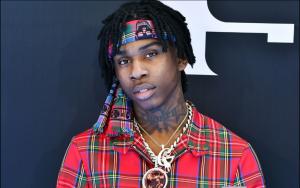 Polo G is the stage name of Taurus Tremani Bartlett, an American rapper who was born on January 6, 1999. With the tracks "Finer Things" and "Pop Out," he rocketed to stardom in 2018 (featuring Lil Tjay). In 2019, he released his debut album, Die a Legend, which mainly garnered excellent reviews and peaked at number six on the US Billboard 200, earning him platinum certification from the Recording Industry Association of America.

The song was released as the lead single from Bartlett's third studio album, Hall of Fame (2021), which became his first number one album.

Bartlett was born in the Old Town area of Chicago, Illinois, to Taurus Bartlett and Stacia Mac. He grew up in the Marshall Field Garden Apartments. He is the second of four children, having an older sister, a younger brother, and a younger sister. He was influenced by Lil Wayne growing up.

Polo G, according to insiders, had to say goodbye to a lot of his family and friends. He was also engaged with drugs, car theft, and high-speed car chases as he grew up, and he was arrested more than five times. Polo G ended up spending time in Chicago penitentiary institutions on multiple occasions as a result of this.

According to ' Chicago Police Department ' records, the rapper was arrested on October 25, 2017, and his rap sheet states that he was detained for carrying 10-30 grams of cannabis and criminal trespassing. Polo G was arrested on another occasion at 3942 W Roosevelt Road. On December 14, 2017, the incident occurred. The next day, he was released on a $1,500 bail. He had to serve time at the Cook County Department of Corrections in both cases.

He was jailed in March 2018, just five months before signing with 'Columbia Records,' according to a 'VLAD' interview with the rapper. This arrest, however, was not recorded. Polo G finds consolation in music while dealing with personal issues. He eventually pursued his passion for music and became a celebrity.

'ODA' was Polo G's first song to be recorded. He described the experience as exhilarating in an interview with 'rollingout.com.' In 2017, he began releasing tunes on 'YouTube,' and his popularity grew over time. After that, he released other songs like 'Never Cared' and 'The Come Up.'

On May 23, 2018, the rapper created his official 'YouTube' channel. He released his first mixtape on SoundCloud in the same month, named "OFFICIAL POLO.G SOUND CLOUD." On the same day, he posted ten tracks to his SoundCloud page.

'Gang With Me' was his first smash single (2018). It has been listened to over 3.28 million times on Soundcloud. His second hit, "Finer Things," was composed while he was incarcerated. His celebrity soared to new heights thanks to the uplifting and catchy song, also released in 2018. As a result, he established himself as one of the music industry's most promising rappers. The song's video, which he posted on his 'YouTube' channel on August 25, 2018, has received over 54 million views.

Polo G received offers from major record labels due to the success of his single "Finer Things." He secured a distribution arrangement with 'Columbia Records' to keep his freedom. He released the single "Pop Out" on February 1, 2019, through Columbia Records. The song featured American rapper and composer Lil Tjay and described Billboard magazine as a "hard-nosed anthem." Polo G's first charted track was debuted at number 95 on the US Billboard Hot 100 chart. It eventually reached number 22 on the charts. The track's music video, which he first posted on his 'YouTube' account on January 13, 2019, became an instant hit, garnering over 78 million views to date.

Meanwhile, Polo G's other big song, "Battle Cry" (2019), has surpassed 27 million views since its music video was posted on "YouTube" on January 28, 2019. 'Polo G - Hollywood (Official Video) Ryan Lynch' and 'Polo G - Deep Wounds Official Video By Ryan Lynch' are two other notable music videos by the musician that have garnered millions of views on 'YouTube.'

Polo G's music was once known for its Chicago-style rap sound, which emphasized fast verse delivery. The rapper has recently released more melodic compositions. 'Die a Legend,' his debut studio album, was released on June 7, 2019.

Polo G is in a relationship with Crystal Blease. According to rumors, the two are already engaged. Polo G has mentioned Crystal in numerous posts on his Instagram and Twitter accounts, where she is referred to as "Mrs. Calpalot." In February of this year, Polo G released a song. Ms. Capalot was the title of the song, and it was about his woman's love. It's already been viewed millions of times.