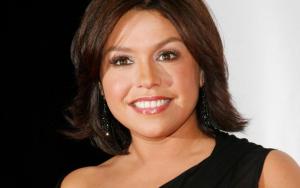 Rachael Domenica Ray was born on August 25, 1968, in Glen Falls, New York. She was born to James Claude Ray, and she is of French, Scottish, and Welsh descent on her paternal side. Ray's mother is Elsa Providenza Scuderi, a Sicilian American. When Ray was eight years old, the family moved to Lake George, New York. Her mother managed restaurants, including the Lake George Howard Johnson's restaurant near the former Gaslight Village amusement park. When Ray arrived in New York City in 1995, she began working at a candy counter. She then managed a pub and even taught courses for people who didn't know how to cook, leading to a radio show which eventually paved the way to her TV show.

Rachael Ray's career in television took off when she hosted the show 30 Minute Meals on Food Network for 11 seasons from 2001 to 2012. In 2005, she signed a deal to host a syndicated daytime TV talk show. The show was titled Rachael Ray and premiered on September 18, 2006. Her repeated appearances on The Oprah Winfrey Show to help fuel the show's launch, similar to how Dr. Phil's show started based on his frequent visits to Oprah. Her show taped its episodes in New York City. During the syndication announcement, Ray said, "People know me for my love of food, but I have so much more I want to share." Throughout her career, Rachael Ray has endorsed many products like the packing wrappers of Nabisco Crackers. Her designs even appear on sheets, blankets, and coverlets of WestPoint Home markets. Though she explicitly says that she isn't good at making coffee or anything that requires measured ingredients, Dunkin' Donuts hired Rachael as a celebrity endorser. Online bloggers complained that Dunkin Donuts was a front for Islamic terrorists. The white and black scarf that the audience saw Rachael wearing in the ad was also considered a symbol of the Islamic terrorists. Though both Rachael Ray and the company denied the connection between the company and the terrorist group, the mounting pressures from online backlash made Dunkin Donuts pull the commercial. In 2006, Ray launched the "Yum-O!" nonprofit organization. Its mission is to "empower kids and their families to develop healthy relationships with food and cooking. This is achieved by teaching families to cook, feeding hungry kids, and funding cooking education." In November of 2006, Ray became a spokeswoman for Nabisco crackers. She appears in commercials and on boxes for the many Nabisco products. At the start of 2007, WestPoint Home launched sheets, blankets, and coverlets designed by Ray. Within six months, WestPoint expanded Ray's bed and bath line to include the Moppine, a two-in-one dish towel/oven mitt, since Ray is often seen with a kitchen towel over her shoulder that doubles for her as a kitchen mitt.

FAQ: How old is Racheal Ray?