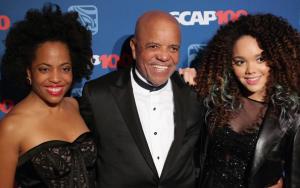 Rhonda Ross Kendrick is an American singer, actress and public speaker who was born on August 14, 1971, in Los Angeles, California. Her birth name is Rhonda Suzanne Silberstein and she was born to singer and actress Diana Ross and Motown Records founder Berry Gordy. Kendrick was raised by her mother and her stepfather, Robert Ellis Silberstein. She is the oldest of five siblings on her mother's side and the seventh biological child of Berry Gordy. Kendrick attended Brown University and developed a passion for singing and acting. In 1997, she appeared as Toni Burrell in the American soap opera "Another World". In 1998, Kendrick was nominated for a Daytime Emmy Award. She went on to appear in the film "The Personals" in 1999 and as well as the miniseries "The Temptations". Kendrick released her debut live album "Rhonda Ross Live Featuring Rodney Kendrick" in 2004.

She went on to work as a real estate agent with the firm Citi Habitats for two years. Kendrick went on to found her own real-estate brokerage firm in New York in 2008. She went on to tour with her mother as the opening act on the "In the Name of Love Tour" in 2013. Kendrick released her first studio album in 2016 titled "In Case You Didn't Know" which featured the two hit singles, "Summer Day" and "In Case You Didn't Know". Kendrick married musician Rodney Kendrick on September 13, 1996 and the couple had their first child thirteen years later in 2009.

FAQ: What is Rhonda Ross Kendrick networth in 2020?