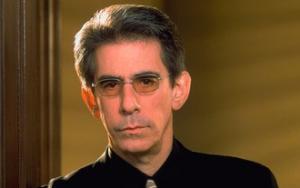 His full name at birth was Richard Jay Belzer and he sometimes goes by the nickname The Belz. His age is 70. He has perfect height and it is about 6 feet and 1 inches. His body type is Slim. Eye color is brown-Dark and hair color is salt and pepper. Star sign is Leo and sexuality is straight. Agnostic is his religion and ethnicity is white. His nationality is American.

Richard Belzer has been married three times. In 1966, he married Gail Susan Ross and ended their relationship with divorce in 1972, he subsequently got married with Dalia Danoch and separated in 1978, later, in 1985, he married Harlee McBride.

Richard Belzer is very hardworking man and has an energetic personality. He has earned a high degree of fame and prosperity in his life time. His estimated net worth is sixteen million dollars.

Richard Belzer has written five books discussing conspiracy theories. “UFOs, JFK, and Elvis: Conspiracies You Don’t Have to Be Crazy to Believe”; “Dead Wrong: Straight Facts on the Country’s Most Controversial Cover-Ups”; “Hit List: An In-Depth Investigation into the Mysterious Deaths of Witnesses to the JFK Assassination”; and “Someone Is Hiding Something: What Happened to Malaysia Airlines Flight 370?” It should be noted that John Munch, the character created by Richard Belzer, is also a believer in conspiracy theories, including the JFK assassination. In May of 2017, Belzer’s latest book, “Corporate Conspiracies: How Wall Street Took Over Washington”, was released. Belzer says of the book: “It has been a cumulative thing for me over the years as I used to be a newspaper reporter. I covered a lot of different things. I was always interested in how a government works, how the marriage of corporations and the government has evolved over the years and just seeing how corporations are slowly but surely corporatizing the entire country. Corporations are involved in things a lot of people aren’t even aware of.

It’s a very fascinating subject because it touches everybody’s life every day with things like Monsanto or the pharmaceutical industry or the oil industry. There are so many things that it’s almost overwhelming. But I think people are more energized than ever before since the last election. I’m very heartened by the demonstrations and the groups that are gathering to find out exactly what a citizen’s rights are because we’re being overwhelmed.”

Belzer believes Americans should do something about corporate excess and greed. “For instance, we can start by getting in touch with our congressmen demanding that all this money be taken out of politics, put a limit on campaign contributions and the revolving door where someone in government turns around and goes to work with a corporation, goes back to the government and then makes laws helping that corporation. That’s got to stop.”

FAQ: What is Richard Belzer networth in 2020?