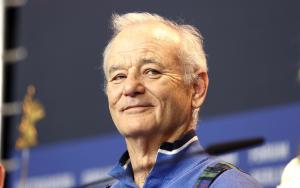 William James Murray was born on September 21, 1950 in Wilmette, Illinois. He is the fifth of nine children in his family. His mother, Lucille worked as a mailroom clerk while his father Edward Joseph Murray II sold lumber to make a living. Bill is of Irish descent.

Some of his siblings are also actors. His brothers, Brian Doyle-Murray, Joel Murray, and John Murray have joined him in the acting industry. Most of the Murray kids worked as caddies, which paid his tuition to Loyola Academy. At the Jesuit school, he played sports and did some acting but he admitted that he mostly messed around.

For his college education, he enrolled at Regis College in Denver to study pre-med but dropped out after being arrested for marijuana possession by the police.

Bill first gained national exposure for his excellent roles on Saturday Night Live. He won his first Emmy Award on the show, it was a great start to an amazing career.

FAQ: How old is Bill Murray?