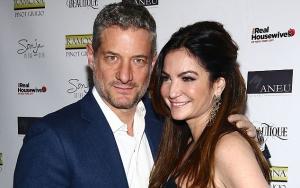 Rick Leventhal, born as Richard Gary Leventhal, stepped into the world of parents, Dr. Allan Leventhal and Carol Leventhal on January 24 in the year 1960. His father was a psychologist in Maryland, and his mother was the director of Greenbelt’s Greenbelt Cares in Maryland. He is the youngest son of the couple and is second amongst the three siblings. The couple is also blessed with one elder son and one daughter. Rick’s elder brother, Scott Leventhal was born in 1958 and his younger sister, Leigh was born in the year 1963.

Rick was born in Christian County, Kentucky, U.S.A. and was brought up in Maryland. He did his high schooling from Montgomery Blair High School, Silver Spring, Maryland. He completed his high school studies in the year 1978. Rick has a height of 5' 10". He graduated from American University in Washington, D.C. Rick holds a Bachelor of Arts degree in broadcast journalism.

The American reporter has a faithful and long association with the New York-based News Channel, Fox News. He has been serving the News network as a correspondent since 1997. Rick was not a newbie when he joined Fox News. He has already been associated with several other anchoring, reporting and news channels before joining Fox News Channel. He worked for several channels for ten years in famous cities like Columbia, West Palm Beach, Miami, Chicago and New York.

The Aquarian reporter is 56 years old. He has been engaged in the war coverage several times during his career. He has covered Iraq for five times. He has also covered the wars in Afghanistan four times. His other war trips include Israel trip for eight times and Albania and Macedonia trip. He also was one of the early birds to capture World Trade Center mishap on 9/11. He has covered flooding in Louisiana live. He was the chief reporter in coverage of the killing of terrorist Osama bin Laden. He has covered several oil spill events including the Gulf of Mexico disaster, hurricanes like Rita, Katrina and Andrew and earthquakes like that in Haiti.

Rick has been in a romantic affair with Lauren Sivan, a journalist in the same news channel where Rick also works. The couple had been in love for a long duration and also planned to get married in 2006. They were engaged in 2005 but the wedding got delayed due to several factors and eventually the never got married. Leventhal was married to his ex-wife, Penny Daniels. Penny was 5 years senior to his husband and was engaged as an air reporter for the WSVN-TV, Miami. However, the couple filed for a divorce and got divorced. Rick and Penny are blessed with two children, Veronica Leventhal and Shoshana Leventhal. Veronica was born in 1991 and their younger daughter Shoshana was born in 1996. After the divorce, Rick found love again and got married on 9 June 2016 to professional level poker player Beth Shak at Las Vegas.

Rick Leventhal has been reported to have a great net worth according to his biography. However, his bio doesn’t reveal the latest figures.

Help us Edit this article and get a chance to win a $50 Amazon Gift card.
Last Modified : Jul 23 2016
You may also like
articles you may like