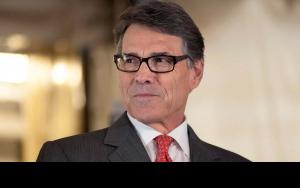 Rick Perry was born on March 4, 1950 in Paint Creek, Texas. He is part of the Republican Party and was a long tenured governor in the state of Texas. The Republican politician held the governor's post starting in the year 2000. Perry’s regime lasted for 15 years when he stopped being the governor in the year 2015. Perry’s run broke a record the longest running governor in the state. Despite some of the negative attention he gets from the public and media, his home state respected and admired him enough to keep him in office for a long period of time. During his political career, Perry made two attempts at becoming the President of the United States but he failed in 2012 and 2016. He did got a consolation prize in his failed 2016 attempt when the actual winner, Donald Trump named him to be the Secretary of Energy. Even though he was getting the position from a former rival, Perry was happy to take the high office. After almost two decades as a state governor, Perry finally moved up and had a seat the presidential cabinet.

Before he entered the political arena, Perry worked on a variety of blue collar and white collar jobs. He entered the workforce after he graduated from Texas A&M University in 1972. Perry’s university of choice reflected hometown loyalty and how proud he was of his birth state. Perry learned to develop a strong work ethic when he was on the fields as a cotton farmer. The dirt worker profession would be a far cry from his eventual life long political career. Perry also received some military experience as an Air Force officer. The Air Force stint would come in handy for him to use as a deflector against critics who antagonize politicians that don’t appear qualified to make decisions. The profession that most likely led to Perry’s political journey was his time as a salesman. Politics is all about selling your agenda to your audience or target in order to receive a gain or benefit. It can safely be assumed that Perry used a lot of his sales tactics and experience to get deals done as a politician.

Rick Perry was born as the son of of Joseph Ray Perry and Amelia June Holt. Both parents worked as ranchers but his father also was a commissioner for the town. His father’s political post would be the spark that inspired Perry to pursue his own eventual political career. Before attending college at Texas A&M, Perry was considered to be a resourceful young man as he earned the highest rank possible of Eagle Scout in his Boy Scot group.

Perry had an eclectic life at Texas A&M, he liked to shot his views and play pranks on his classmates. Perry graduate with a Bachelor’s degree in a subject on the opposite spectrum of politics, Animal Science. His time in the Air Force resulted in the completion of pilot training and also the opportunity to pilot a C-130 airlift. He returned to Texas with the proud rank of Air Force captain.

Rick Perry’s political career reached its first significant milestone when he was elected to the Texas House of Representatives in 1984. He was initially a Democrat and even was campaigning for famous Democrat Al Gore when he ran for president in 1988. There must have been a fall out or Rick just became dissatisfied with Democratic Party because he announced his transition to the Republican Party in 1989.

FAQ: How old is Rick Perry?