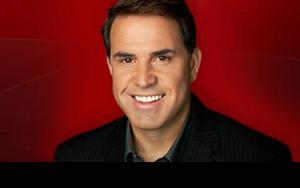 Rick Sanchez is known as a Cuban American journalist. He is most famous for his work at CNN, Fox News, and RT America.

Ricardo Leon Sanchez de Reinaldo was born on July 3, 1958, in Havana, Cuba. He came to America with his parents as political exiles when he was very young. In the United States, his father started working in a factory to bring up the family. His childhood took place in Florida where he got a football scholarship. He got a degree in Journalism at the University of Minnesota, in 1979.

Rick was once involved in a drunken-driving accident when his car hit a man while returning home. When blood samples were tested, the other driver, who was 30 years old was found to be drinking heavily and on the other side of the road. When Rick samples came out clean, he was not put under trial.

In 1982, Rick Sanchez started his carrier as a TV anchor in Miami and then moved to Houston. During his professional journalism days, he was associated with many top networks. His coverage on KATRINA Hurricane was an award-winning live show for the network. He was a correspondent in MSNBC, at the same time covering Breaking News for CNBC and NBC National radio.

In 2004, he became an anchor and contributor for CNN. On CNN's broadcasts, he would translate between English and Spanish. Rick also football commentary for Florida University, at Radio. Rick also went on to work for Fox News and a column writer for their website.

Sanchez was caught in a controversy when he made a statement on the people who controlled CNN and other media companies, related to a particular group. The very next day, he was officially fired from the company. Sanchez once called President Barak Obama “The Cotton Picking President”, for which he apologized later. Though he was fired, he said in his final leaving statement “I have high regard for CNN people and enjoyed my six years-long stays in the company" Sanchez regretted his comment about Jewish people. He wrote a letter of apology to the head of his department.

Sanchez returned to cable news as a columnist for Fox News Latino. He was asked to write on the Latino Community and Culture. He is also a contributor to the Fox News Channel. Sanchez wrote a series about himself which talked about his move from a Cuban to an American television reporter. He named the series “When I left Cuba”, which won an Emmy.

After his stint with Fox News, Rick got a new position at RT America. When questioned about why he accepted a job at the Russian owned news network, Rick said “I am an American. I love this country that opened its doors for my family and made me who I am. To do right by my country I have to tell the truth. I’ve never received communication from the Kremlin, never visited their embassy, never spoken to Putin.”

Rick Sanchez is married and has four children. The name of his wife is Suzanne Sanchez. He has three sons named Ricky Sanchez Jr., Robby Sanchez, and Remmy Sanchez. Their only daughter is named Savannah Sanchez.