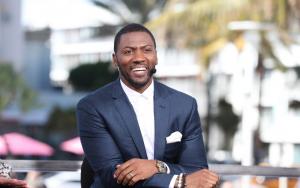 Ryan Terry Clark was an American football safety in the National Football League (NFL). He attended Louisiana State University (LSU) and was signed as an undrafted free agent by the New York Giants in 2002. Clark also played for the Washington Redskins and the Pittsburgh Steelers. With the Steelers in Super Bowl XLIII, he received a Super Bowl ring and was named to the Pro Bowl in 2011.

Clark has a sickle cell trait, thus playing at high altitudes, such as Denver, Colorado, is harmful to him.

Ryan Terry Clark was born in Marrero, Louisiana, on October 12, 1979, to Michael Clark and Sheilia Clark. Clemalita Clark and Chaz Clark are his two siblings.

Ryan attended Archbishop Shaw High School in Marrero from 1993 to 1997. At Louisiana State University, Clark started 36 consecutive games for the Tigers. He was named to the All-SEC second team by the league's coaches in 2002. Clark was third on the Tigers with 88 tackles, including 36 solos, and three interceptions in 2001. In 1998, he was named LSU's special teams player of the year after recording five tackles in the Sugar Bowl, including a 13-yard sack.

Clark was signed as an undrafted free agent in 2000. Clark was a two-year player for the Giants. He was a special teams player for the first six games of the 2002 season. He was waived and signed with the practice squad two days later during the bye week, where he remained for the rest of the season. In 2003, Clark had a breakout season with the Giants, starting four games and appearing in every game on defense or special teams. He has 23 tackles, 17 solos, one sack, two pass deflections, and five special team stop in his first season.

Clark also appeared in The Dark Knight Rises as a member of the Fictional Gotham Rogues team.

He was signed as a free agent by the Washington Redskins for the 2004 season. Clark filled in for injured safeties Matt Bowen and Andre Lott early in the season. He started 11 of the 15 games he appeared in. With 91 tackles, he led the Redskins defensive backs and was fourth on the Team in tackles. Clark appeared in 13 games for the 2005 season, recording 57 tackles and three interceptions. The Redskins parted relations with Clark and replaced him with Adam Archuleta as their starting safety.

On March 15, 2006, Clark signed as a free agent with the Pittsburgh Steelers, replacing veteran safety Chris Hope. Clark appeared in 13 games and started 12 of them in 2006, missing the final three due to a groin ailment. He has 72 tackles, one interception, and three fumble recoveries as a free safety for the Steelers. Despite a position dispute with second-year player Anthony Smith throughout training camp before the 2007 season, he remained a starter.

During the game against the Denver Broncos at Invesco Field at Mile High, he felt considerable pain in his left side and was rushed to the hospital. After having his spleen and gall bladder removed, he lost 30 pounds, returning to the Steelers for the 2008 season. During Clark's time with the Steelers, the Team took the preventive action of deactivating him for four games played in Denver: a 2009 Monday night game, a 2010 preseason game, a 2011 playoff game, and the 2012 season opener. Clark wore Sean Taylor's number 21 jersey during practice to honor his former Redskins teammate. Clark and the Steelers played in Super Bowl XLV against the Green Bay Packers in the 2010 season. In the 31-25 loss, he was a starter and had eight total tackles.

Clark returned to Washington on a one-year contract on March 31, 2014. He was selected the Team's defensive captain in DeAngelo Hall, who was placed on injured reserve. In a loss to the Indianapolis Colts on November 30, he had his only interception against quarterback Andrew Luck. Clark announced his retirement from the NFL on February 18, 2015.

Yonka Clark is Clark's wife. Jaden, Jordan, and Loghan are the couple's three children. Jordan is an Arizona State football player. Clark is a devout follower of Christ.

Clark was involved in the community while with the Giants, conducting a football clinic at the Highbridge Center for members of Alianza Dominicana, a local United Way agency that serves families in Washington Heights, as part of the 2002 United Way Hometown Huddle. For "Operation PaintFest," he teamed up with kids from the Leadership In Public Services High School, located near Ground Zero. The participants, sponsored by the Foundation for Hospital Art, created paintings of optimism that were eventually delivered to the five New York City hospitals engaged in the September 11 attacks.

Clark has been involved in sickle cell disease awareness, research, treatment, and programming in Pittsburgh since his crisis in 2007. In 2012, he announced the launch of Ryan Clark's Solution League, a non-profit organization dedicated to raising awareness of sickle cell traits and ultimately finding a cure.

Earnings and Net Worth