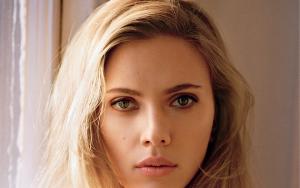 Scarlett Johansson is a pretty popular name in Hollywood, and apart from acting is also known as a model as well as a singer. She is known for portraying a lot of roles in many hit films, her recent big success coming in The Avengers (2012), Captain America: The Winter Soldier (2014), Don Jon (2013), Under the Skin (2014) and some others. She has achieved a lot of awards and honors for her roles in movies as well as is a critically acclaimed singer with her two albums already out. A model that has been in several covers as well as magazines, she is one of the sex symbols in Hollywood, at recent times. Her name often comes up in the list of the sexiest women in the world. Voted twice by Esquire magazine as the "Sexiest Woman Alive" in 2006 and again in 2013, she was Playboy’s "Sexiest Celebrity" in 2007.

Scarlett Ingrid Johansson was born on the 22nd of November, 1984 in New York City, United States of America. She was born into a middle class family, where her father Karsten Johansson, worked as an Architect and her mother Melanie Sloan, was a producer who did a fair bit of acting herself. Born and raised as an American; she has mixed ethnicity of American on her mother’s side and Danish on her father’s side. She was born as one of the four children to the couple, and all of them have been actors playing different roles in different movies.

With very little to do as a child, she went to study at the Greenwich Village elementary school in Manhattan, and graduated from Professional Children's School, in 2002. Working around a producer mother, the kids were often taken to film sets on holidays. “We never went out to the zoo as children. All we went was to the sets and church on Sundays.” She follows Christianity although her grandparents were Jews; on her mother’s side.

With a rich filmy background, she started to appear in small roles as a child. However, her first full debut came in 1994, in the comedy movie North. She went on to appear in some smaller roles in films like just Cause (1995), Manny & Lo (1996) and If Lucy Fell (1996), and got her first awards Independent Spirit Award for Best Lead Female for her role in Manny and Lo. Filled with confidence from all those positive reviews that followed the award, she appeared in many other films like Home Alone 3, Fall, The Horse Whisperer, My Brother and the Pig Ghost World, Candy etc. and made her spot as one of the most promising young talents of Hollywood.

There is a lot of speculations and rumors regarding her personal life, especially her dating life and having been in a lot of relationships, it seems like she has been married already, twice. Currently in a married relationship with her husband Romain Dauriact, they two have got a daughter as well. Before him, she was married to Ryan Reynolds between 2008 and 2011. Regarding her affairs, it seems like she has a list of boyfriends, which is available in the media.

FAQ: What is Scarlett Johansson networth in 2020?