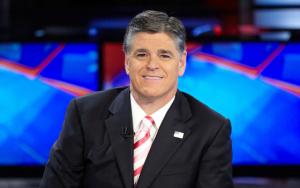 Sean Patrick Hannity is an America media person, who runs shows in bot TV as well as the radio, and is also a conservative political commentator. He is best known for hosting his famous syndicated talk show “The Sean Hannity Show” as well as his news telecast in “Hannity”, on the FOX News Channel. With a couple of political books of his available in the market, he is also a writer now and has written 3 books that have been his Best Sellers. However, his career began as a radio show host for KCSB-FM back in 1989 with his side job of a contractor. With very little experience of hosting a show, he ran 40 hours of it and in an interview said "I wasn't good at it. I was terrible." He even publicized himself as the "the most talked about college radio host in America” in order to land in some good roles. He was hired by WVNN station in Alabama, and later moved to WGST radio station in Atlanta.

Sean was born on the 30th of December, 1961 and was raised in New York City, USA. He was born into an Irish family as the son of Lillian and Hugh Hannity, and has two sisters behind him. Growing up together, the kids were educated at the Sacred Heart Seminary in Hempstead, and later graduated from the St. Pius X Preparatory Seminary School. He was not a very popular kid in school, and wasn’t noticed much. There was a case when one of his teacher found him carrying a gun. He later revealed in an interview that he had been carrying a gun for more than half of his adultery. His lack of interest in education saw him drop out of the New York University and Adelphi University. He has written three books till now: Deliver Us from Evil: Defeating Terrorism, Despotism, and Liberalism and Let Freedom Ring: Winning the War of Liberty over Liberalism. With both these books becoming best sellers, his third book was relsead in 2010 named Conservative Victory: Defeating Obama’s Radical Agenda. With many fans and followers over his Twitter account, his estimated net worth value is 60 million US dollars.

His first big break on TV came in 1996, after the co-founder of FOX News; Roger Ailes hired him to run a talk show by the name Hannity and LTBD. Later, he co-hosted the show with Alan Colmes, which then became known as Hannity & Colmes. While Hannity was full of conservative views and comments, Colmes came up with a liberal point of view. Almost 10 years after his first TV job, he started his own show in 2007, named Hannity's America, which premiered only on Sunday nights. Then he began to run another show named Hannity, this time because his former partner Colmes announced his retirement from the channel. For his work and contribution in TV as well as radio, he has been listed in the 2nd place of Talkers Magazine’s 100 most important radio talk show hosts in America, in 2009. HE also received a Marconi Award in 2003 and also in 2007 from the National Association of Broadcasters.