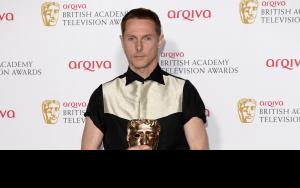 Sean Harris was born in 1966 in Bethnal Green, London. He belongs to a middle class family, and was raised in Norwich, Norfolk. When he is asked about his roots, he is very proud of his British nationality.The interest for acting came after watching Barbara Streisand’s Funny Girl. He attended Drama Centre London when he was 23 (from 1989 – 1992).

In 2009, Sean Harris gave life to Bob Craven in the Red Riding trilogy and to Anton Blair in Svengail. In 2010 he acted as Brian Tobi in Five Daughters.

A great role for Sean Harris was the assassin Micheletto in The Borgias (2011-2013). Stephen Morton’s part from Southcliffe brought to Sean Harris the British Academy of Film and Television Arts award for Best Actor in 2014.

An important role for him was Stretch from Harry Brown (2009). His performance during this movie made director Scott Derrickson to hire him without an audition. He played Mike Santino in Deliver Us From Evil (2014), a horror movie based upon Ralph Sarchie and Lisa Collier Cool’s novel, “Beware the night”.

In 2012 he appeared as Fifield in Prometheus, directed by Ridley Scott. In 2014 he appeared also as Gene Womack in The Goob, and Sandy Browning in ’71.This is the movie that brought him the British Independent Film Award nomination for Best Supporting Actor. Still 2014, he played Campbel in Serena.

In 2015 he played the part of Soloman Lane in Mission Impossible – Rogue Nation. Summing up his career, Sean Harris played in more than 30 movies.

Sean Harris acts according to the Stanislavski’s method. This acting method implies that the actor identifies at some points with the character. The actor must feel what that character feels and vice versa. The character can be influenced by past actor’s experiences. This is why he works very much, without pauses. This method is highly appreciated because the action can be filmed continuously, with few takes. His intense work leaves merely no space for interviews. The actor believes that what people need to know about him is on the big screen. Whatever goes beyond his characters is not the public’s business. This is why there is so little information about his private life on the internet.

Of course, soon rumors began wonder. It is said that Sean Harris has already a girlfriend, and a wedding may soon occur. Same sources say that it is a family friend, and that the woman is highly regarded by Harris’ family. For the moment, nothing official came out.

FAQ: How old is Sean Harris?