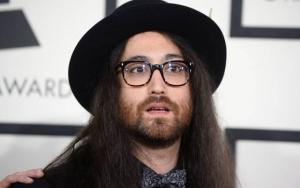 Sean felt the relationship with Grand Royal was an organic one that highlighted his talents. He said later: "I think I found the only label on the planet who doesn't care who my parents are and what my name is. It's a good feeling to know that I wouldn't have gotten the offer if they hadn't liked my songs. That's pretty rare in the music business!"

After the dissolution of Grand Royal Records in 2001, Sean signed a deal with Capitol Records, but it would be five years until any solo material was released. In October 2006, "Friendly Fire" was released. The night the album was released, Lennon made his first major television appearance in five years, performing "Dead Meat," the album's single, live on the "Late Show with David Letterman."

Sean has always had an intimate relationship with his mother, and Ono, at the age of 84, is the guardian of John Lennon's legacy and experiencing her late-career reappraisal. Yoko Ono and John Lennon met at London's Indica Gallery in November 1966; at the time, John was married, and the Beatles had just released "Revolver." Sean says his mother "had a very sort of postmodern, post-hippie, post-feminist way of thinking…it was very liberal, and she always treated me like an individual. She never really told me not to do anything except getting a Mohawk or a tattoo. So there were very few boundaries." "I don't know when I realized, 'Oh, Mum does performance art, or she is an avant-garde artist, and Dad was in a band called the Beatles.' I remember realizing when Dad passed away that his music touched a lot of people," he recalls, "but my mother's music was the music I grew up with… Some people loved what they were doing together, but there was a lot of mainstream negativity, and I think that was hurtful." "Season of Glass" was written in the wake of John's death and featured an image of his blood-splattered glasses on the cover. Sean says his mother's creation "impressed upon me the idea of what art and songwriting is. We'd gone through the loss of my father together, so I witnessed her struggle, and then I saw her turn that struggle into art literally within a few months. I realized that art was a way of processing and understanding your experience."

On October 19, 2011, Lennon was asked by Josh Sigurdson via Twitter what his thoughts were on the Occupy Wall Street movement. Sean answered: "I'm heading down there this weekend," and he did. On October 22, 2011, Lennon appeared on Wall Street with Rufus Wainwright and Josh Fox. The three played music for the day to nonconformists as others joined in. Lennon has not yet commented to the media or press about the occasion, but you can be assured that he is "processing and understanding the experience"; as he always does.

FAQ: How old is Sean Lennon?