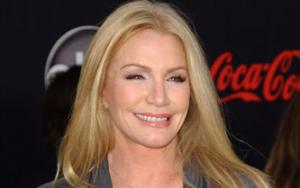 Shannon Lee Tweed is known as an American actress. She is most famous for appearing on the reality TV show, Gene Simmons Family Jewels.

Shannon Tweed once had a romantic affair with Ron Foxx, CFL linebacker. She then was seen with the founder of Playboy Magazine, Hugh Hefner, for a short period of time. She met Gene Simmons in 1982 and started living with him a year later. Shannon married her longtime boyfriend after being with him for 28 years. They have two children together, both were born before the marriage. The main reason for the late wedding was that according to Gene, both of them were happily being unmarried. After his failed relationship with Cher and Diana Ross, he did not want to fall into any more episodes of marital mess.

There were a lot of rumors about Shannon and Gene's separation when her husband published his sex tape. It was said that the tape was a way to get attention in the media. During an interview, Shannon was asked about Gene’s infidelity. Shannon got angry and left the set immediately. Gene did not want to go through divorce because the process would include the parting of his financial assets. This was the main reason for not marrying Shannon in the first place. Shannon on the other hand wanted to get married and there were a lot of fights regarding this.

There were a lot of rumors about his infidelity and the tape was a way to mask those rumors. Shannon stated that she wanted to be with him, no matter what he did. She said that she is the wife of a non-committed father and partner. Later, there were rumors that Shannon and Gene were getting separated because he started using his career as a reason to avoid all his responsibilities at home. Gene was ready to publish a picture of him with another girl, on the internet to increase his fame, not minding the future of his family. None of his infidelity acts were proved as no woman has ever come up and stated that she was Gene’s secret girlfriend.

It was said that Shannon wanted to move away from the house as Gene’s methods of using his romantic life as a publicity stunt frustrated her. She was shortly separated from him until she found a separate house. It was said that she later moved out of the house. There are no reasons to prove their marital life is over.

Gene never stated that he has separated from his wife and there were no official reports about any legal separation. Gene never talked about his marital life to the media and Shannon wanted to keep her life away from it to avoid any rumors. It is believed that beyond all the rumors, Shannon and Gene are living together with their children. It was rumored that they are together for the sake of their children and this was the only reason why she never attempted to get separated from him.

In the 90s, Shannon Tweed was known for films like Forbidden Sins and Illicit Dreams. She became well known as the wife of a rock star, Gene Simmons when their relationship was featured on the reality TV show, Gene Simmons Family Jewels.

FAQ: How old is Shannon Tweed?