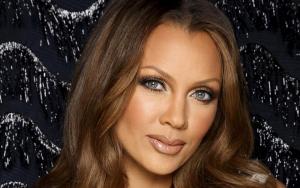 Vanessa Williams is a singer, actress and a fashion model. She was the first black woman to be crowned as ‘Miss America’. She got married to her first husband, Ramon Hervey in 1987. Ramon became her personal manager and has two children from this marriage. They got divorced in 1997. In 1999, she got married to Rick Fox and got divorced in 2004. She has one daughter with Rick. She divorced Rick after the pictures of him hugging another woman was published by, ‘The National Enquirer’. Soon after the picture was published, there were a lot of rumors about divorce. She talks a lot about her childhood. She said that she was abused by another woman when she was 10 years old. She also became pregnant when she was in high school and opted for an abortion.

She said that she also posted nude after the photographer promised her that he would not publish the pictures. After she became the ‘Miss America’, the photographer sold her picture to the Penthouse Magazine and she lost her crown. Her mother stated that Rick was not mature enough to handle the relationship with a celebrity. Rick filed for the separation publically before informing to his wife. There are no details as when he actually told her that he is getting separated from her. Rick never gave any reason for the separation. Vanessa also said that she did not know about the separation and the main reason. She said that he informed her that his prime focus would be their daughter.

The sources near to her were not surprised by this result. After the wedding, they spent a lot of time, away from each other, due to several reasons. They lived separately (not due to fights or arguments) for 18 months and they had to travel six hours, to meet each other. It was said that Rick was not able to handle this long distance relationship. Some say that Rick was on the verge of retirement and Vanessa was at the peak of her career. This conflicted with his ego and he couldn’t stand being second in the relationship. There are no evidences to prove this reason.

FAQ: What is Vanessa Williams networth in 2020?