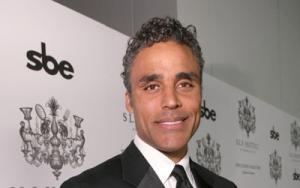 Rick Fox is known as a Canadian actor, sports personality, and former pro basketball player. He is most famous for his playing career with the Los Angeles Lakers.

Ulrich Alexander Fox was born on July 24, 1969 in Toronto, Canada. His parents are Dianne Gerace and Ulrich Fox. The family relocated to their original home of the Bahamas when he was still a very young boy. His mother was actively involved in sports as a high jumper in the Olympic Games.

He got his education at Kingsway Academy, Nassau. He later attended a high school in Warsaw, Indiana. For his university education, he proceeded to the University of North Carolina where he earned a degree in Radio, Television, and Film in 1991.

When he left the Boston Celtics in 1997, he took his career to the next level with the Los Angeles Lakers. It was with the Lakers that he achieved his best professional achievement. With him, Kobe Bryant, and the extraordinarily gifted Shaquille O’Neal leading the attacks for the Lakers, the team won the NBA title in 1999-2000. This was the first professional title won by Fox. He later went on to win more titles to make a three peat of NBA titles with the Lakers between 2000 and 2002.

The following season, injury limited him a great deal and the club decided to send him back to the Boston Celtics. He rejected the deal and decided to end his career instead of playing for the club that previously had him on their roster. That was how he ended a successful career that spanned 13 years and three professional titles.

As an actor, he has featured in a lot of basketball movies like Blue Chips and He Got Game. He also featured in the film, Eddie where he was given the role of a basketball player who was gradually losing his magic. Other movies and TV shows where he played some roles are Resurrection, Holes, The Fairly Odd Parents and Revenge is Sweet.

Rick Fox has two children. His girlfriend from college, Kari Hillsman gave birth to his first child, a son named Kyle. Some years later, Rick Fox first got married to his beautiful wife, Vanessa Williams, who was a producer, a singer, and an actress. She gave birth to a daughter named Sasha Gabriella after a year of marriage.

A newspaper published a series of pictures that depicted an affair with a strange woman in 2004. One of his representatives later declared that Fox and Vanessa were already planning filing for divorce for more than a year. A couple of months later, Fox and his wife eventually settled for divorce.

When his marriage with Vanessa Williams ended, he dated another actress, Eliza Dushku for almost 5 years between 2009 and 2014.

FAQ: How old is Rick Fox?

Quick Facts
Help us Edit this article and get a chance to win a $50 Amazon Gift card.
Last Modified: Jul 1 2020
You may also like
articles you may like